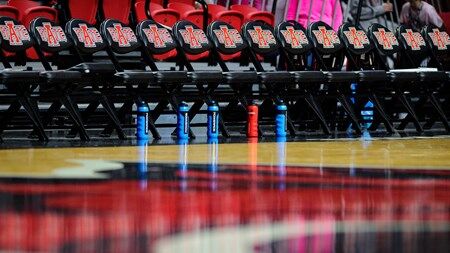 JONESBORO, Ark. (12/17/22) – The Arkansas State Athletics Department has announced multiple promotions surrounding its three upcoming home men’s basketball games, which include two non-conference contests and its Sun Belt Conference opener that will be played over the next two weeks at First National Bank Arena.

A-State is set to host Alabama State on Dec. 19, will face in-state rival Little Rock on Dec. 22 and catch Sun Belt member ULM on Dec. 31.  Fans can take advantage of a “Howliday Three Pack,” which includes one ticket for each game for just $30 in the arena’s upper-level or $50 in the lower-level.  The ticket promotion is available online by visiting https://bit.ly/Howliday3Pack.

A-State baseball great Tyler Zuber, currently with the Diamondbacks organization, will be on the First National Bank Arena concourse signing autographs during the hour leading up to the game against Alabama State, which is set to tip at 7:00 p.m.  Autographs are free with a game ticket.

Santa and Mrs. Claus will be making an appearance at Arkansas State’s game against Little Rock to take photos with fans, beginning at 1:30 p.m.  A-State will additionally be conducting an “ugly sweater contest” with fans at the game, which was changed from a 7:00 p.m. start time to a 2:00 p.m. tip time before the beginning of the season. The First National Bank Arena ticket office will open for game day sales at noon Thursday, Dec. 22.

The Athletics Department has also announced fans can take advantage of a single-game ticket promotion for the Little Rock contest by visiting AStateRedWolves.com/Tickets.  With the purchase of one ticket, fans can get a second ticket free, or the offer’s second option includes two free tickets with the purchase of two tickets.

The Red Wolves will play their final home game in the month of December against ULM, facing the Warhawks in their Sun Belt Conference opener at 2:00 p.m. on New Year’s Eve.

Read more:
Promotions for Upcoming A-State Men’s Basketball Games Announced. Article may or may not reflect the views of KLEK 102.5 FM or The Voice of Arkansas Minority Advocacy Council