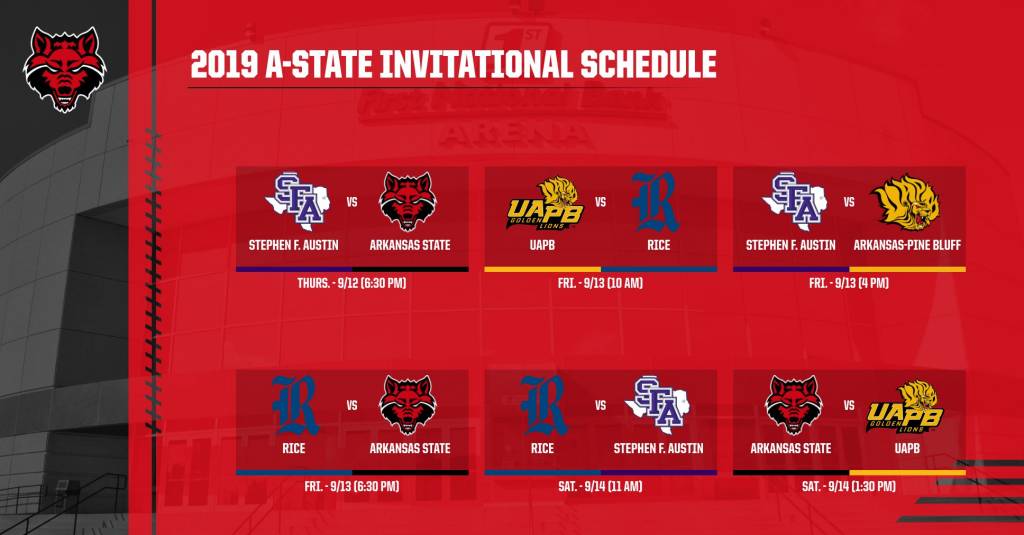 JONESBORO, Ark. (9/11/19) – A pair of 2018 NCAA Tournament participants are set to visit Northeast Arkansas this weekend, as the Arkansas State volleyball team hosts the A-State Invitational to open the 2019 home match slate.

Stephen F. Austin (7-0) and Rice (7-0) played in last season’s national tourney and are the Red Wolves’ (4-2) first two tests of the weekend. In-state foe Arkansas-Pine Bluff (0-7) will take on A-State in the tournament finale on Sunday afternoon. All three matches will be streamed live on the A-State Volleyball Facebook page.

Original article source: http://www.astateredwolves.com//ViewArticle.dbml?DB_OEM_ID=7200&ATCLID=211811375 | Article may or may not reflect the views of KLEK 102.5 FM or The Voice of Arkansas Minority Advocacy Council