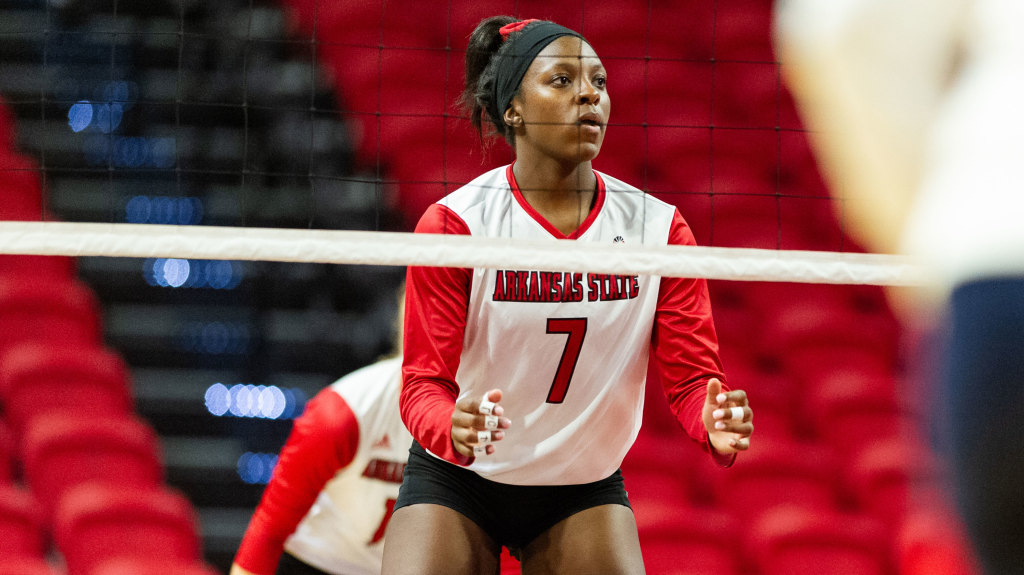 The Red Wolves (13-10, 4-7 Sun Belt Conference) look to sweep the season series against the Trojans (6-17, 4-7) after claiming a 3-0 victory in Little Rock on October 19. A-State has claimed two in a row and nine of the last 10 in the series. Tuesday’s match could also be key for conference standings, as both the Red Wolves and Trojans are tied for the No. 8 spot in the league. The top eight teams based on conference record earn a spot in the 2019 Sun Belt Conference Tournament held later this month.

Tuesday’s match is also “Dollar Ticket Night,” with tickets to the contest being $1 and available both at the door and online.

Original article source: http://www.astateredwolves.com//ViewArticle.dbml?DB_OEM_ID=7200&ATCLID=211815533 | Article may or may not reflect the views of KLEK 102.5 FM or The Voice of Arkansas Minority Advocacy Council