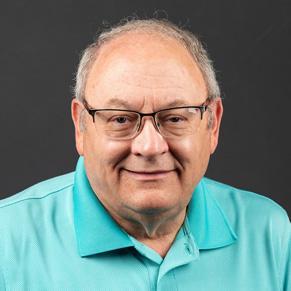 JONESBORO – As much a salesman as a teacher, Gil Fowler made a career in selling the importance of journalism education across Arkansas and, literally, around the world.

The longtime Arkansas State University journalism professor has provided sage advice to countless student journalists over the years. Just as importantly, he was instrumental in guiding students toward their successful careers in journalism and public relations. Media professionals from Jonesboro to Jordan and from Kansas to Kuwait count Fowler as a mentor, friend and worthy recipient of the 2020 Arkansas Press Association Journalism Educator of the Year award.

The recognition comes as Fowler retires after 42 years of service. A Jonesboro native and A-State alumnus, he was hired at the school in 1978 to establish its journalism master’s degree program. Fowler served in multiple roles, including as chair of the Department of Journalism and acting or interim dean of the College of Communications, Graduate School and Honors College. For the last seven years, he was Director of Graduate Studies for the College of Media and Communication.

In his role as an ambassador for the university’s journalism program, Fowler has made a number of trips to the Middle East to both recruit new students and to give American students a glimpse of the media culture in that part of the world.

“My commitment has been to help promote the field of journalism, on a statewide basis and an international basis,” Fowler said. “I have gone out and done what I could to help students and others recognize the importance of what journalism does for society.”

Over the decades, Fowler’s students have gone on to become journalism professors themselves as well as editors at some of the most prominent newspapers across the state and nation. One of his former students was the Minister of Information in Kuwait, where he oversaw a staff of more than 50,000 people. That student, Anas Al-Rasheed, was the first-ever A-State international distinguished alumnus.

“He took the philosophy and skills he learned in media law at Arkansas State, implemented them in parliament, and they have one of the (best) free press laws of any country in the Middle East,” said Fowler, who added that international student recruitment has also benefited Jonesboro and Arkansas State economically.

“I know that we have students who on a regular basis will call based on the recommendations of former students who know about ASU as an appropriate place and a positive place to get a degree,” Fowler said. “This place has grown because of international students, and that growth economically has helped Jonesboro and ASU along the way.”

Several of Fowler’s former students and colleagues nominated him for the APA honor.

Debbie Miller, now a communications professor at John Brown University in Siloam Springs, is an A-State graduate. She said Fowler “has spent a lifetime improving the quality of journalism in Arkansas through his teaching, scholarship and service.”

Lillie Fears is an A-State professor who also was a student of Fowler’s. She described him as “a visionary.”

“He has helped to shape the careers of dozens of journalists who work in media all over the nation as well as in other countries,” Fears said.

With his retirement effective July 31, Fowler has received hundreds and hundreds of well-wishes from former students, many of them from abroad. His colleagues at Arkansas State organized a drive-by parade at his home last week. He said he’s used the time to reflect on the positive legacy of his 50-year career.

“If you’re in education, your job is to help open people’s minds and open their eyes to new opportunities and new experiences, and I hope we have made a difference,” he said.

That legacy of excellence in journalism and education started in the late 1960s when Fowler got his first taste of the profession as a yearbook and newspaper photographer at Jonesboro High School. During his time as a student at A-State, he worked at local television station KAIT. After graduating in 1971, he earned a master’s degree from Ole Miss while working as a graduate assistant in the school’s public relations department. As an instructor and newspaper advisor at the University of Southern Mississippi in the mid-1970s, Fowler noted that “some of the student advertising people made more money selling ads for the newspaper than I did as a faculty member!”

He and his wife, Carolyn, have two children and one grandchild and are anticipating the arrival of another grandchild within the next two weeks.

Fowler will be recognized along with other award winners in a special presentation during the Arkansas Press Association’s 2020 convention, to be held online on Sept. 24 and Sept. 25. The awards ceremony is at 3 p.m. on Thursday, Sept. 24. To register for the convention and for additional details, visit www.ArkansasPress.org.

Original article source: http://www.astate.edu/news/press-group-recognizes-gil-fowler-as-educator-of-year | Article may or may not reflect the views of KLEK 102.5 FM or The Voice of Arkansas Minority Advocacy Council