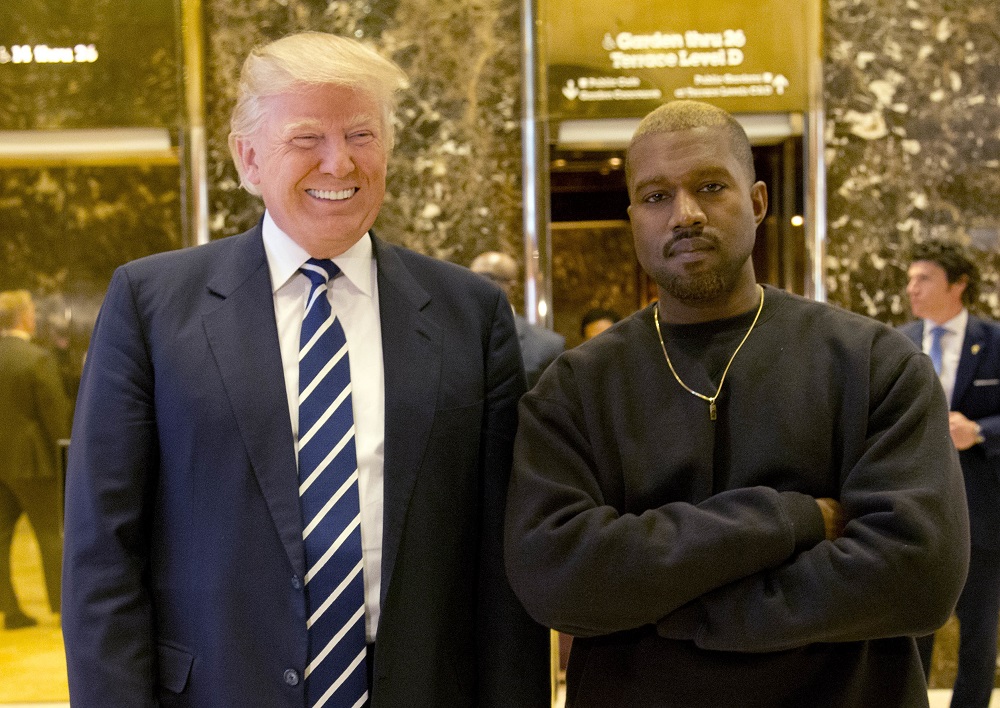 FILE – In this Dec. 13, 2016, file photo, President-elect Donald Trump and Kanye West pose for a picture in the lobby of Trump Tower in New York. Kanye West will visit the White House on Thursday to meet with President Donald Trump and his son-in-law Jared Kushner talk about manufacturing in America, gang violence, prison reform and Chicago violence. (AP Photo/Seth Wenig, File)

President Trump is meeting with Kanye West Thursday at the White House.

Original article source: http://aurn.com/president-trump-meeting-with-kanye-west-at-the-white-house/ | Article may or may not reflect the views of KLEK 102.5 FM or The Voice of Arkansas Minority Advocacy Council