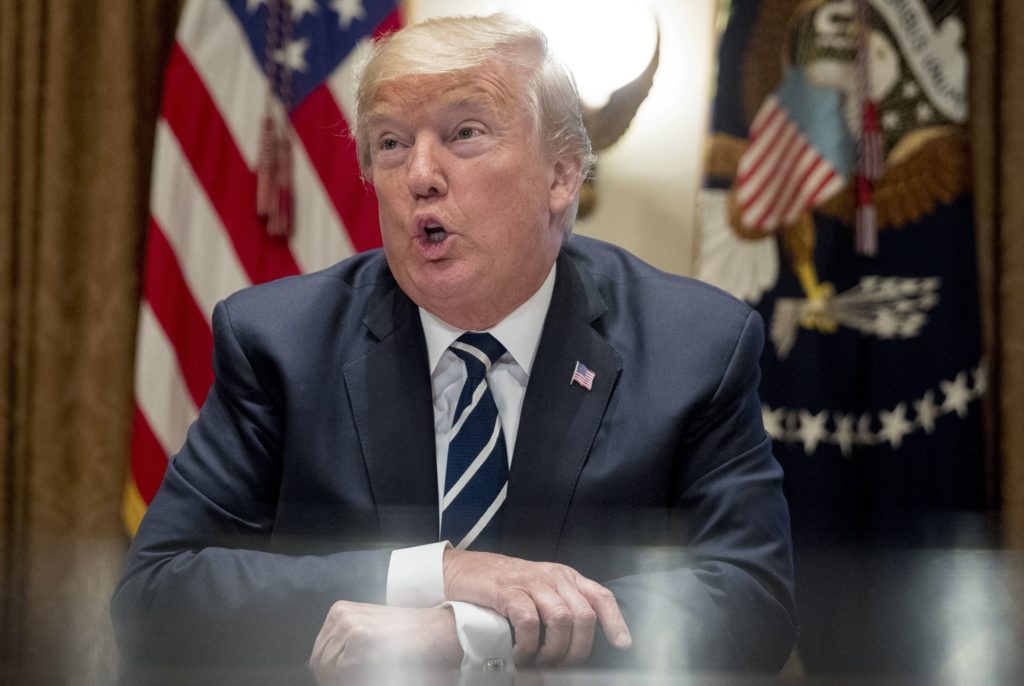 President Donald Trump speaks to members of the media as he meets with members of Congress in the Cabinet Room of the White House, Tuesday, July 17, 2018, in Washington. Trump says he meant the opposite when he said in Helsinki that he doesn’t see why Russia would have interfered in the 2016 U.S. elections. (AP Photo/Andrew Harnik)

President Trump has been widely criticized by both Republicans and Democrats since his trip to Hellsinki and the joint press conference with Russian President Putin.  President Trump did not show support US intelligence agencies when asked whether he trusted them over VladimirPutin.

Original article source: http://aurn.com/president-facing-backlash-following-helsinki-press-conference/ | Article may or may not reflect the views of KLEK 102.5 FM or The Voice of Arkansas Minority Advocacy Council