President Calls for Withdrawal of US Troops from Syria
0 Comments 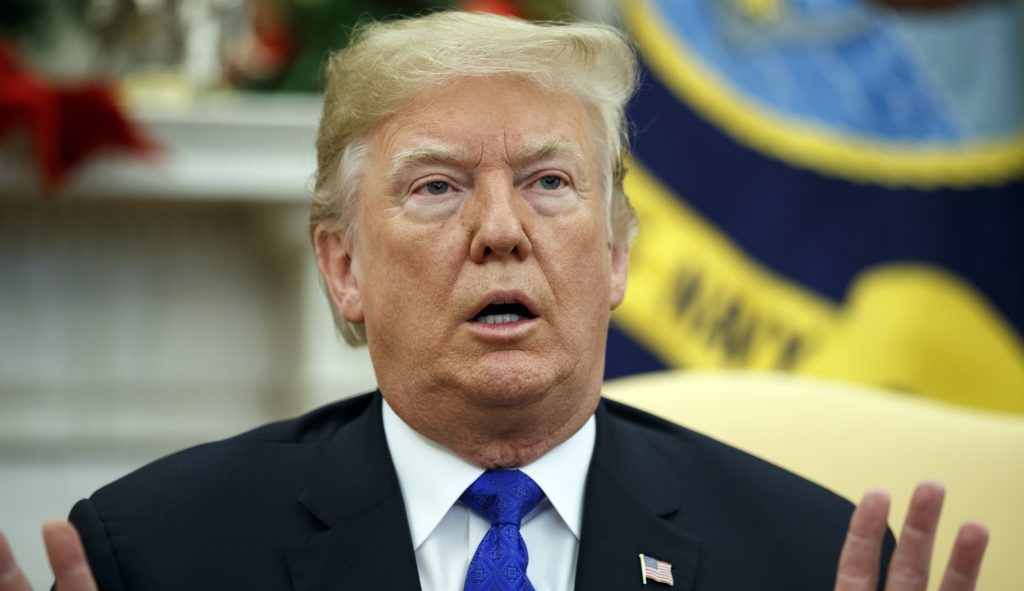 In this Dec. 11, 2018 photo, President Donald Trump speaks during a meets with Democratic leaders the Oval Office in Washington. Against the advice of many in his own administration, Trump is pulling U.S. troops out of Syria. But the abruptness with which Trump is turning the page on Syria is raising questions about whether he might not do the same in Iraq or Afghanistan. (AP Photo/Evan Vucci)

President Trump is calling for a withdrawal of US troops from Syria as he contends the war against Isis is over.  Is this yet another shiny ball to divert attention from other topics?  April speaks with PJ Crowley, former United States Assistant Secretary of State in the Obama administration.

Getting out of Syria was no surprise. I’ve been campaigning on it for years, and six months ago, when I very publicly wanted to do it, I agreed to stay longer. Russia, Iran, Syria & others are the local enemy of ISIS. We were doing there work. Time to come home & rebuild. #MAGA

Does the USA want to be the Policeman of the Middle East, getting NOTHING but spending precious lives and trillions of dollars protecting others who, in almost all cases, do not appreciate what we are doing? Do we want to be there forever? Time for others to finally fight…..

….Russia, Iran, Syria & many others are not happy about the U.S. leaving, despite what the Fake News says, because now they will have to fight ISIS and others, who they hate, without us. I am building by far the most powerful military in the world. ISIS hits us they are doomed!

Original article source: http://aurn.com/president-calls-for-withdrawal-of-us-troops-from-syria/ | Article may or may not reflect the views of KLEK 102.5 FM or The Voice of Arkansas Minority Advocacy Council