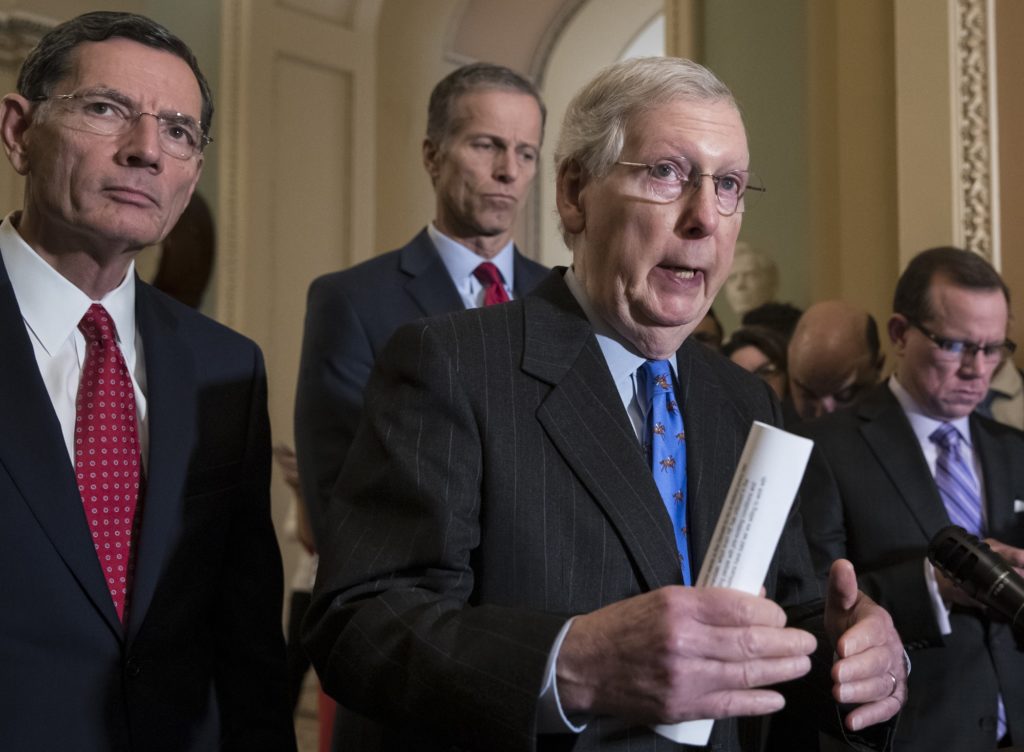 Senate Majority Leader Mitch McConnell, R-Ky., center, joined from left by Sen. John Barrasso, R-Wyo., and Sen. John Thune, R-S.D., speaks to reporters about the possibility of a partial government shutdown, at the Capitol in Washington, Tuesday, Dec. 18, 2018. Congress and President Donald Trump continue to bicker over his demand that lawmakers fund a wall along the U.S.-Mexico border, pushing the government to the brink of a partial shutdown at midnight Friday. (AP Photo/J. Scott Applewhite)

The White House is looking other ways to fund the border wall.  That means there may not be a government shutdown at the end of the week.

Original article source: http://aurn.com/president-backing-government-shutdown/ | Article may or may not reflect the views of KLEK 102.5 FM or The Voice of Arkansas Minority Advocacy Council