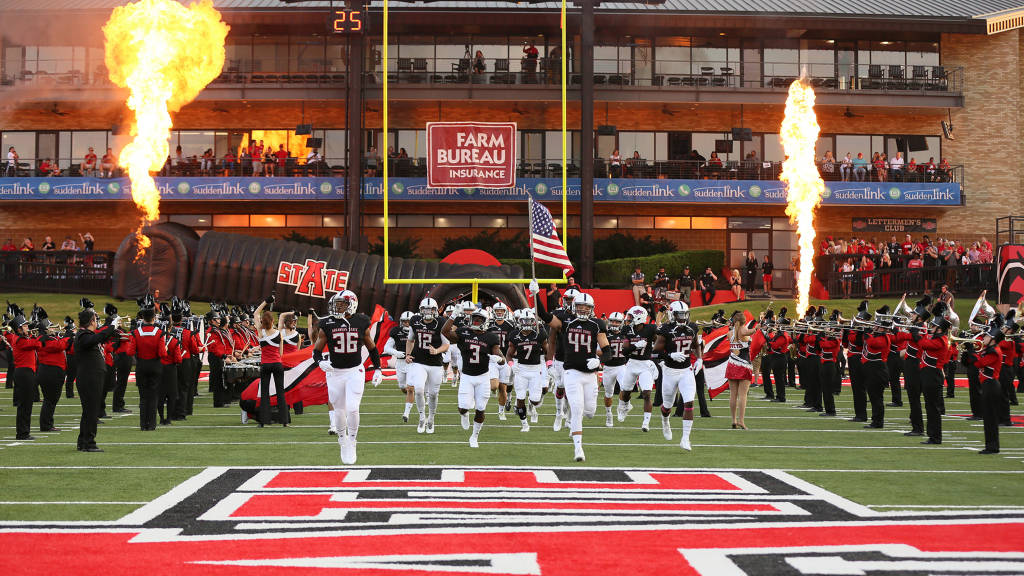 JONESBORO, Ark. (7/27/18) – Not only do Arkansas State football season tickets and a limited number of loge boxes in Centennial Bank Stadium’s new north end zone remain on sale for the 2018 season, the A-State Athletics Department has also announced parking and single-game ticket information for the upcoming year that has the Red Wolves’ picked as the favorite to win the Sun Belt Conference according to the league’s Preseason Coaches’ Poll.

The only FBS program in the nation to win five conference championships over the last seven seasons, A-State appeared in Phil Steele’s annual preseason publication as the No. 25 ranked team in the nation this year. A-State, which will begin its fall camp Aug. 2 when players report, has nine players on the official Sun Belt Conference Preseason Football Team, including Offensive Player of the Year Justice Hansen at quarterback.

“There is a lot of excitement surrounding this year’s team, and we’ve had an especially strong summer of season-ticket sales,” said A-State Senior Associate Athletics Director for Development and Revenue Adam Haukap. “August is always one of our busiest months for season-ticket purchases as well, so we’re encouraging fans to get their tickets now as we still have some outstanding locations at great prices available.”

Adding to the anticipation for the 2018 season is the construction of a new north end zone featuring a premium-seating area, amenities and unique landscape features indigenous to the state of Arkansas. The premium area includes 150 loge boxes providing a unique experience on game days, but just 30 remain available for purchase. Additional information is available online at RedWolvesFoundation.com, and those who are interested in purchasing a loge box can contact the Red Wolves Foundation at 870-972-2401.

Parking details for the 2018 season, including all the different locations for Red Wolves Foundation members, are also available on the site. Additionally, a new shuttle service is being implemented for the 2018 season as an enhancement to the fan experience on game days.

The service will be available at two different locations on Olympic Drive between Alumni Blvd. and Aggie Rd., including at the entrance to the Tomlinson Stadium parking lot and on the northwest side of First National Bank Arena. The two locations are marked with a red dot on the 2018 football parking map that can be found on RedWolvesFoundation.com.

Arkansas State will kickoff its 2018 campaign Sept. 1 at Centennial Bank Stadium with a 6 p.m. game against Southeast Missouri State. Season and single-game tickets can be purchased through the A-State Ticket Office, located at First National Bank Arena’s lower red entrance, in person, by phone at 870-972-2781 or online by visiting AStateRedWolves.com/Tickets.

Original article source: http://www.astateredwolves.com//ViewArticle.dbml?DB_OEM_ID=7200&ATCLID=211736407 | Article may or may not reflect the views of KLEK 102.5 FM or The Voice of Arkansas Minority Advocacy Council