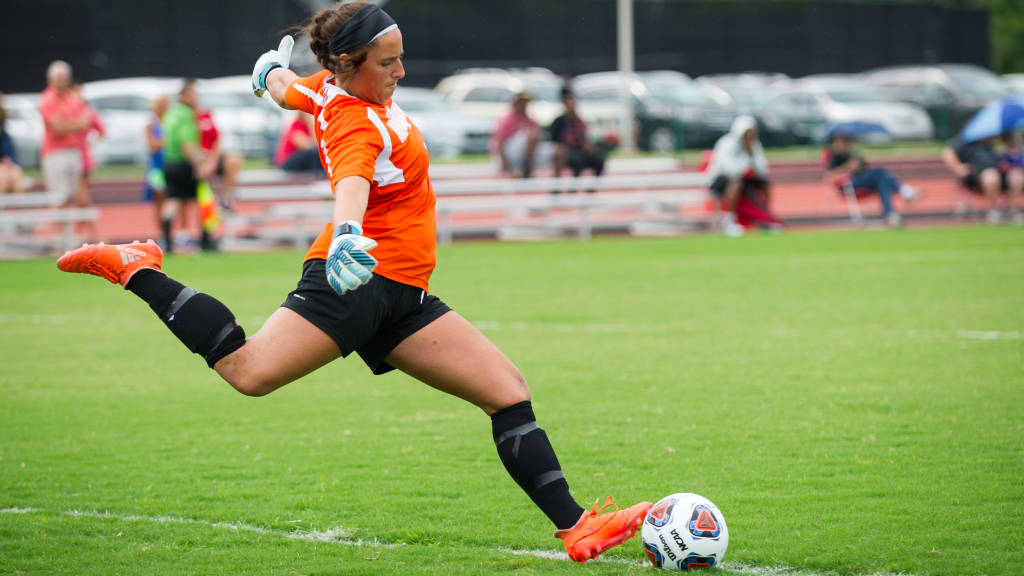 JONESBORO, Ark. (8/8/18) – Arkansas State senior goalkeeper Kelsey Ponder has been named to the 2018 Sun Belt Women’s Soccer Preseason All-Conference Team, while the Red Wolves were picked to finish in a tie for sixth place in the league’s coaches’ poll.

Ponder is coming off her best season as the Red Wolves’ goalkeeper after helping lead to the team to the Sun Belt Conference Tournament for the second straight season. She became the school’s all-time leader in career victories (14) and broke her own school record for shutouts in a single season with five.

The St. Louis, Mo., native recorded the lowest goals-against-average in school history at 0.55, a mark that also ranked as the 14th lowest in all of Division I. She also finished with the third best saves percentage in the nation at .919, while her eight victories in 2017 are tied for the most by a goalkeeper in program history.

A-State finished the 2017 campaign with a 9-6-2 overall record and 5-4-1 mark in league action and earned the No. 4 seed heading into the Sun Belt Conference Tournament.

The Red Wolves will host Lipscomb in an exhibition on Friday, Aug. 10 in preparation for the Aug. 16 season-opener against UT Martin at the A-State Soccer Park.

Original article source: http://www.astateredwolves.com//ViewArticle.dbml?DB_OEM_ID=7200&ATCLID=211767428 | Article may or may not reflect the views of KLEK 102.5 FM or The Voice of Arkansas Minority Advocacy Council