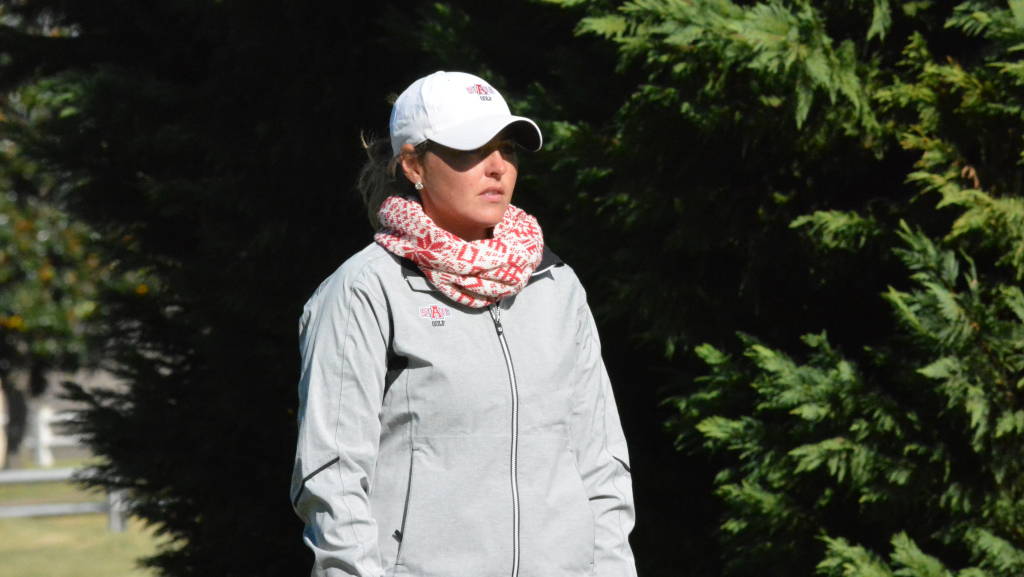 “It is an amazing time to have Rachel Pollock back for a third year,” Desbiens Shaw said. “As a coach, you always try to find your best assistant and that’s what we have with Rachel. She has brought a tremendous amount of golf knowledge to our team, she has so much enthusiasm to share and has made such an impact on our course management so far. I could not be happier with such a great assistant and I look forward to a very successful season.”

Pollock helped guide the Red Wolves to their best three-round score (889) ever at the Sun Belt Conference Championship, which was also their best in any tournament since at least the 2000-01 season. The total included the second lowest single-round score of the season, a 294 for in the second round of the league championship.

“First, I would like to thank M.J., (Athletics Director) Terry Mohajir and (Senior Women’s Administrator) Amy Holt for all of their support and opportunity to return to this program as assistant coach,” Pollock said. “I look forward to continuing to help build a successful program on the golf course and in the classroom.”

Her first season at A-State saw the Red Wolves place fifth at the Sun Belt Conference Championships to match their best finish at the tournament since 2003-04. A-State posted a 305.4 team stroke average that was its top mark since at least before the 2002-03 season.

Pollock came to the program after spending four seasons competing for East Tennessee State University. Playing in all but five events in her college career with the Buccaneers, Pollock recorded a career‐best‐three‐round total of 5‐over 221 (74‐73‐74) at the Fall Invitational hosted by Kennesaw State in the fall of 2015.

The Canadian native finished 12th on Golf Canada’s 2016‐17 Order of Merit and eighth on the 2011‐12 Junior Order of Merit. She is bilingual in French and English.

Original article source: http://www.astateredwolves.com//ViewArticle.dbml?DB_OEM_ID=7200&ATCLID=211810104 | Article may or may not reflect the views of KLEK 102.5 FM or The Voice of Arkansas Minority Advocacy Council