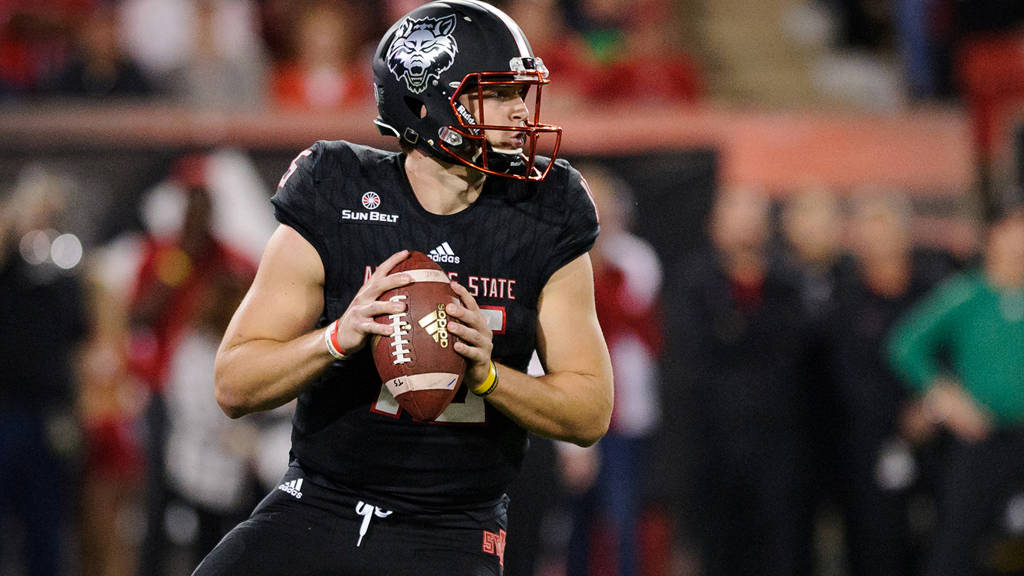 JONESBORO, Ark. (7/20/18) – Arkansas State senior quarterback Justice Hansen has been tabbed the 2018 Preseason Sun Belt Conference Offensive Player of the Year and was one of nine Red Wolves, including six first-team selections, named to the league’s Preseason All-Conference Football Team, announced Friday by the conference office.

A-State’s nine players earning the recognition were the second most in the conference behind only Troy, which had 10 players and 11 total selections on the lineup. The Red Wolves were named yesterday as the preseason favorite to win the Sun Belt Conference, according the league’s annual coaches’ poll.

Appalachian State placed seven players on the list, followed by Georgia Southern with six, Georgia State and South Alabama with five each, ULM with three (four selections), Texas State and Louisiana with two each and Coastal Carolina with one.

Arkansas State is set to open its 2018 season Sept. 1 with a 6:00 p.m. kickoff at Centennial Bank Stadium against Southeast Missouri State. Season tickets, which includes six home games, are available for purchase through the A-State Ticket office, located at First National Bank Arena’s lower red entrance, in person, by phone at 870-972-2781 or online by visiting AStateRedWolves.com/Tickets.

Original article source: http://www.astateredwolves.com//ViewArticle.dbml?DB_OEM_ID=7200&ATCLID=211735654 | Article may or may not reflect the views of KLEK 102.5 FM or The Voice of Arkansas Minority Advocacy Council