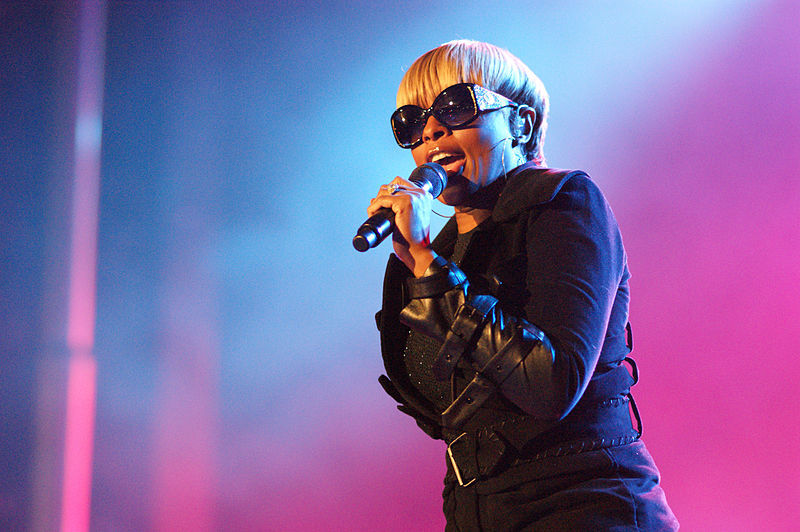 Mary J. Blige is having a really good February 2022! Earlier in the month, she had one of the most talked about and legendary performances during a star-studded Super Bowl half-time show.

But, just days before that performance, her highly-anticipated 14th studio album Good Morning Gorgeous debuted. The album is just as star studded as the Super Bowl performance; having collaborations with artists such as H.E.R., Usher, and Anderson .Paak.

Two tracks from that album have already been released. So, for the New Groove @ 2, we’re focusing on the track of the same name which focuses on self-love and self-empowerment–“Good Morning Gorgeous”.

Mary J. Blige has had a long and successful career in entertainment. Her accolades and accomplishments can be too numerous to count.

However, with all of that fame and fortune, Blige has always stayed down to earth and was never afraid to let people know that she has bad experiences like everyone else. In an interview on ABC’s Good Morning America, she revealed that she was going through a very dark time in her life. Blige said “good morning gorgeous” was an affirmation she used to help pick herself back up.

“I had to learn how to love myself out of a negative place,” said Blige. “I learned that if you speak positive words over yourself, you manifest positive things in your life. I started to do it and it started to work. Before you knew it, I was all the way out of that negative situation. Good morning gorgeous is here!”

The song is a reflection of Blige’s sentiments on loving yourself. It is a low and slow ballad dripping with positivity and encouragement while being completely Blige. It was co-produced and co-written by fellow Grammy winner H.E.R., with Blige teaming back up with long time producer D’Mile.

D’Mile also worked on another single that was released off of Good Morning Gorgeous, “Rent Money”. He’s also worked with other artists such as Silk Sonic, and Usher–who is featured on this album with Blige in the song Need Love.

Blige shows her gorgeous self in video

Blige’s album Good Morning Gorgeous may have been released in February 2022, but the video for the self-titled track has been out since December 2022.

The video is directed by Eif Rivera, who also directed the video for “Amazing“, which is also on Good Morning Gorgeous and is a collaboration between Blige and DJ Khalid.

Beautifully shot, the video for “Good Morning Gorgeous” captures Blige looking gorgeous herself. She’s also feeling gorgeous in the skin she’s in, walking around a luxurious mansion in a beautiful bikini. It wonderfully shows Blige practicing what she preaches as she sing the song, reminding herself (as well as the viewer) that one should love themselves and remember how remarkable they are.

A Little About Mary J. Blige

Mary J. Blige is a beast in the music industry. In her 25+ year career in the industry, Blige has managed to wrack up 9 Grammy awards with her latest one nabbed back in 2009; winning Best Contemporary R&B Album for Growing Pains.

Blige hails from The Bronx, New York. Her first studio album, What’s the 411 released back in 1992 with producer Sean “Diddy” Combs at the helm, released to glowing reviews and sold 2.2 billion copies. That made it one of the most important albums of the 90’s, according to Medium. That year, it peaked at #1 on the Billboard R&B charts and at #6 on their 200 chart.

Blige is not just a music giant. She also dabbles in acting as well with over 80 credits to her name, according to IMDB. Blige has appeared in the Aretha Franklin biopic Respect, Black-ish, 30 Rock, The Jamie Foxx Show, and Tyler Perry’s I Can Do Bad All By Myself.

Does this New Groove make you feel gorgeous?

Do you get the message Mary J. Blige is saying in the song? Will you add this song to your wake up playlist? Do you want to hear more track from the album on KLEK? Let me know in the comments below. You can also take a listen to it anytime in my new Spotify playlist!