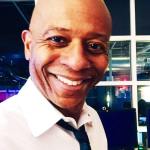 Dub has become its own genre of electronic music. Though it grew out of reggae in the late 1960s and early 1970s.

Dub reggae started as a “version” of an existing song. The cuts were achieved by significantly manipulating and reshaping the recordings, often through the removal of some or all of the vocals, with the emphasis on the drums and bass. They were usually pressed on the B-sides of 45 RPM records.

The dub version is often made for a DJ to “toast” over. That tradition continues to this day across many music genres.

Dub was pioneered by recording engineers and producers like Osbourne “King Tubby” Ruddock, Lee “Scratch” Perry, Errol Thompson, and others in the late 1960s. Augustus Pablo is credited as one of the pioneers and creators of the genre, and for bringing the melodica to dub.

The “Roland Space Echo” was widely used by dub producers in the 1970s to produce echoes and delay effects. These artists, especially King Tubby, Scientist, Lee Perry, and many that would follow, look upon the mixing console as an instrument itself.

This collection brings together early pioneers, and tracks by current artists. Enjoy! And as always, stay safe, sane, and kind.

(A note to the Spotify adherent: This collection will benefit from going to your “Advanced Preferences”, and setting your crossfade to its maximum of 12 seconds. Lean into that Dub-stylee.)

Original article source: https://goodblacknews.org/2020/11/16/music-monday-nothing-comes-easy-a-celebration-of-dub-reggae-listen/ | Article may or may not reflect the views of KLEK 102.5 FM or The Voice of Arkansas Minority Advocacy Council