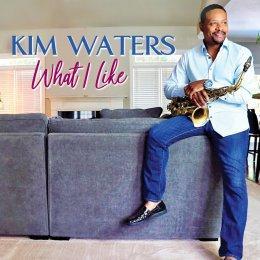 It’s the middle of August and five months into the coronavirus pandemic – is anyone longing for that summer jazzfest they haven’t been able to attend?

With today’s GBN playlist, which we’ve dubbed “Grown Folks Vacation,” you can press play, imagine yourself slipping into your backyard hammock with a glass of wine, and let a wave of classic songs and sounds wash over you (with a twist) – hopefully getting a little bit of relaxation in these stressful times.

Today, we’re celebrating music coming from the independent New Jersey-based label Shanachie Records, which, for more than 20 years, has been keeping veteran artists and favorite songs alive after many major labels have passed them by.

Shanachie was born in the 1980s as a niche independent label focusing on Celtic, folk, reggae and other branches of world music that the big companies usually ignore. But by the late ’90s, with expansion of the Quiet Storm and Wave radio formats, Shanachie expanded into a new area of music with releases from smooth jazz saxophonists like Walter Beasley and Kim Waters.

It wasn’t long before they expanded to soul music vocalists in the early part of the 2000s. Both soul vet Phil Perry and former Incognito vet Maysa Leak are typical of the kind of artist who Shanachie has enlisted for this strategy.

Perry, now in his late 60s, was a somewhat below-the-radar veteran of the early ’70s soul vocal group The Montclairs, and then the ’80s soul duo Perry & Sanlin before finally topping the charts in the early ’90s with a cover of Aretha Franklin‘s “Call Me.”

Maysa Leak (who performs under the name Maysa) was a member of Stevie Wonder‘s back-up singing group Wonderlove in the ’90s when she landed a lead vocal role with the British funk/dance/soul group Incognito, which led to recognition and solo LPs.

Since 2006, both Perry and Maysa have made Shanachie their label home – basically becoming the King & Queen of Shanachie in the process with more than a half dozen full length albums each.

The success of Perry and Maysa has led to a cavalcade of polished, well-crafted smooth R&B/ contemporary jazz albums in subsequent years from a true litany of soul’s finest – artists who often can no longer find a home at a major labels focusing on hip hop sounds from newcomers often young enough to be their grandchildren.

But as any soul music fan knows, musical skills don’t go away just because an artist gets older. So, through the years, Shanachie has brought us new releases from legends like Deniece Williams, Norman Connors, Glenn Jones, Melba Moore, Jody Watley, Vesta, Miki Howard, Regina Belle and Jennifer Holliday, among others.

The label has also continued the tradition of soul music via many singers who got their starts when soul music actually still hit the charts, but whose careers might otherwise have been cut short by the rise of hip-hop artists like Keke Wyatt, Syleena Johnson, Calvin Richardson, Will Downing, Ruben Studdard, Anthony David, Chante Moore, Silk, Kim Burrell and Leela James. Just last year, Shanachie released the latest album from Rahsaan Patterson.

Although the Shanachie catalog does feature a lot of great new material (you should definitely explore!), one hallmark of their smooth jazz and soul albums has been great remakes of soul classics – and that is the focus of our playlist today.

Yes, the originals of these songs are great. But these remakes are pretty rock solid too, from Vesta’s gender-flipped versions of Marvin Gaye‘s “Distant Lover” and Stevie Wonder’s “Knocks Me Off My Feet” to Perry’s tender take on Toni Braxton‘s “Unbreak My Heart” and Will Downing’s smooth rendition of Cherrelle‘s “Everything I Miss at Home.”

We’ve also included some soulful covers of soft rock classics, from Jody Watley‘s haunting version of Peter Gabriel‘s “Don’t Give Up” to Keke Wyatt’s emotional take on Eric Clapton‘s “Tears in Heaven” as well as gospel-infused renditions of soul classics from Kim Burrell’s version of Debarge‘s “Love Me In a Special Way” to Regina Belle’s take on Phyllis Hyman‘s “You Know How to Love Me.”

Today, we’re excited to celebrate Shanachie and all it’s done to keep the voices of these soul music recording greats alive with both new music and, especially, through revived versions of our favorite classics. We hope you enjoy!

Let us know in comments – who do you think they should sign up next?

Original article source: https://goodblacknews.org/2020/08/15/music-grown-folks-vacation-smooth-jazz-covers-of-classic-soul-and-soft-rock-by-shanachie-records-artists-listen/ | Article may or may not reflect the views of KLEK 102.5 FM or The Voice of Arkansas Minority Advocacy Council