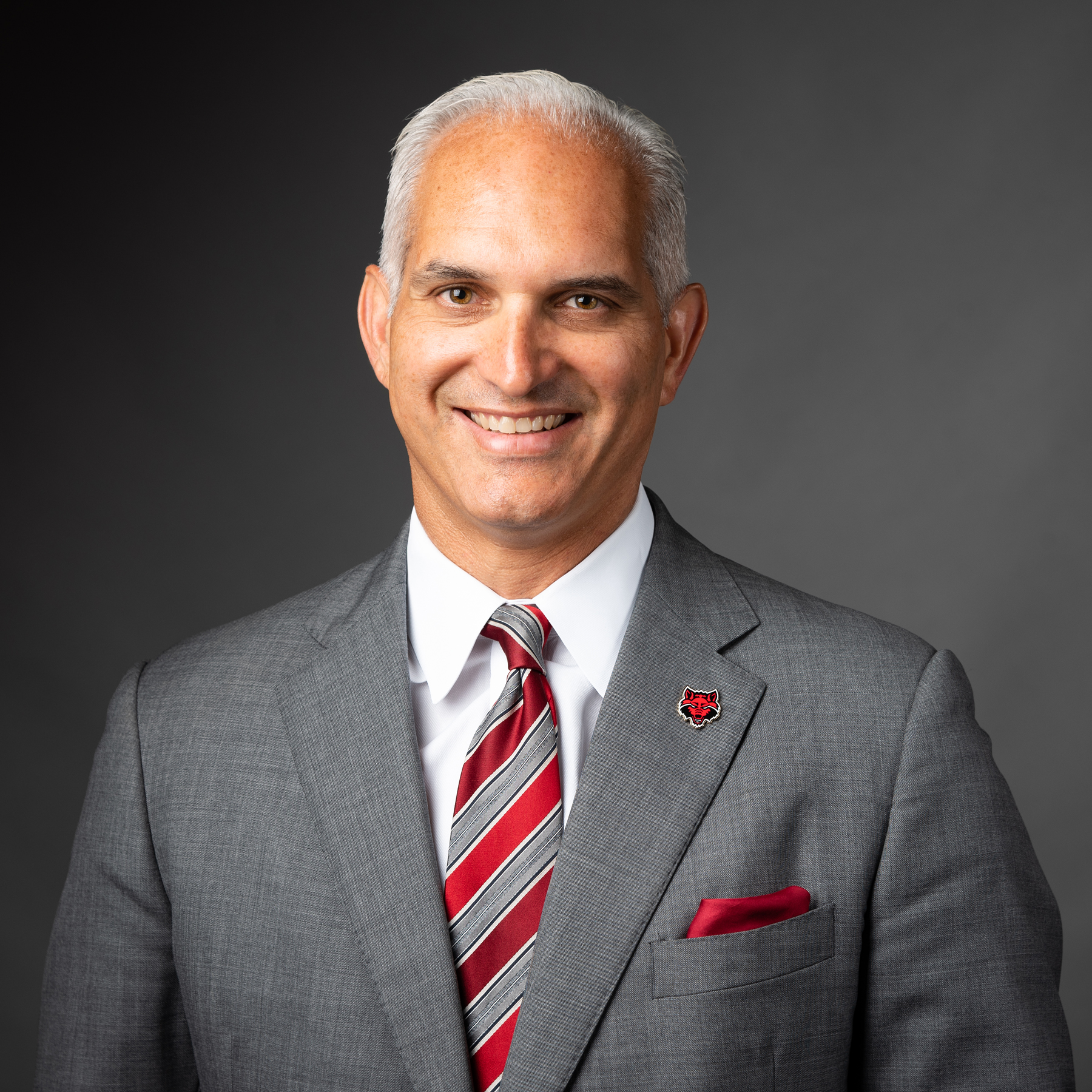 “Because of the incredible work that he has done for his alma mater since returning in 2012, including the success he has built on and off the field of competition, I wanted to make sure that we keep Terry Mohajir as a Red Wolf for the foreseeable future,” Damphousse said.  “He is a champion for our student-athletes, he strives daily to improve our university, and he is committed to creating an experience through our athletics department that lifts up the entire institution.

“Terry and I began talking about a new contract in January, and I am very pleased that we finished working out the details over the course of the summer,” Damphousse said.  “In addition to a salary increase, Terry’s new title of Vice Chancellor for Intercollegiate Athletics acknowledges the increasingly important role he plays on A-State’s leadership team, and places him on par with athletics directors who lead FBS Division I programs like ours.”

“I am honored and humbled that Chancellor Damphousse, along with President Welch, our Board of Trustees and our Red Wolves Foundation Board, all have confidence in the direction our athletics department is heading,” Mohajir said.  “I am privileged that I get to sit in the athletics director’s chair, however the tribute is shared with our amazing athletics department administration, coaches and students.  It continues to be a gift every day to work with such wonderful people and incredible students.  I’ve often said it takes a whole university to build an athletics department, and we truly have magnificent leadership and collaboration across our university.”

Along with the Vice Chancellor title, Mohajir’s new agreement includes a salary increase and a retention bonus, both of which will be covered from privately raised funds.

“I want to thank the Red Wolves Foundation Executive Board for agreeing to increase the private support for our athletics director’s salary,” Damphousse said. “This new contract would not have been possible without their belief in the direction of the athletics department.”

Under Mohajir’s leadership, Arkansas State Athletics has soared in the conference and national rankings, claiming dozens of Sun Belt Conference championships and individual NCAA titles.  A-State achieved its highest overall rankings in the majority of its sports during his tenure, including all-time marks in the Capital One Director’s Cup.

Academically, A-State has set record after record for overall student-athlete composite GPA and graduation success rates.  In fundraising, Mohajir has secured private gifts and funding to expand Centennial Bank Stadium, secured naming rights for First National Bank Arena, and overseen more than $80 million in construction and facility renovations.  His guidance has increased the value of the Red Wolves brand in athletic marketing and sponsorship agreements, including signing of recent agreements with Learfield and adidas which were the largest in school history.

Original article source: http://www.astate.edu/news/mohajir-receives-contract-extension-new-title | Article may or may not reflect the views of KLEK 102.5 FM or The Voice of Arkansas Minority Advocacy Council