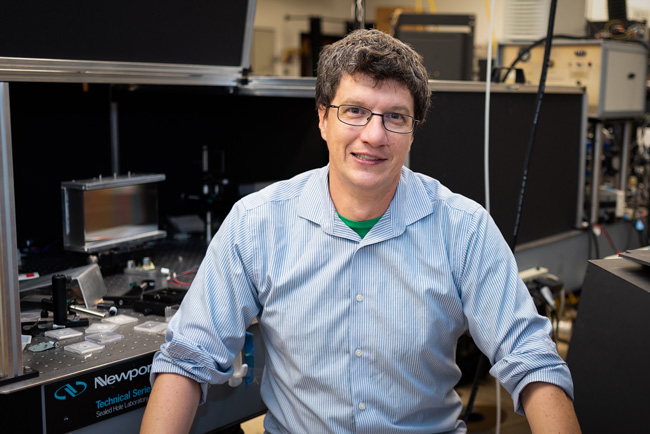 JONESBORO – The research group led by Dr. Jonathan Merten, associate professor of chemistry at Arkansas State University, is upping their game with new funding by the National Science Foundation.

With support from the chemical measurement and imaging program in NSF’s Division of Chemistry, and co-funding from the Established Program to Stimulate Competitive Research (EPSCoR), the Merten group has begun a three-year project to determine how they can measure chemical elements easier, faster, cheaper and “greener.”

Their $489,000 project has an official title, “RUI: Elucidation of Matrix Effects in Laser Ablation Elemental Analysis through Absolute Quantification of Ablated Mass,” but Merten explains it in more general terms.

Elemental analysis is important to many fields, including geologic exploration, electronics, manufacturing, agriculture, energy, defense and health.  Typically, he says, the measurement requires that the sample be dissolved in expensive and powerful acids before measurement, a process that can take hours and generates chemical waste with high costs for safe disposal.

“Our research group wants to develop a better understanding of alternative laser-based methods that are safer and much faster,” he said.  “Specifically, they direct pulsed lasers at samples to generate tiny plasmas that are hotter than the surface of the sun.  Through better control and understanding of the plasma formation process, we are working to improve the laser-based measurements.”

Merten and his undergraduate students are also reaching out to the Northeast Arkansas community through programs at Arkansas State University Museum.  This work has the potential to provide more than 5,000 participatory interactions with the public using free-form laser-ablation experiments.

“These experiments will be performed in a class I, safety-interlocked laser setup at the museum, increasing public knowledge of and interest in spectroscopy.”  A related benefit will be helping improve the number of young people entering the STEM pipeline, to pursue education in science, technology, engineering and mathematics.

“Laser-ablation (LA) analytical methods, including laser-induced breakdown spectroscopy (LIBS) and LA inductively coupled plasma analyses, require little or no sample preparation and are rapid and (in the case of LIBS) portable,” he continued.  “Unfortunately, we don’t know how much sample is incorporated into the plasma, which makes it hard to understand the relationship between the signal that we measure and the actual sample composition.

“We have shown that by spatially mapping the atomic absorption spectrum, it is possible to calculate the mass of the gaseous plasma,” he added.  “This ‘spectral massing’ procedure is being used to improve understanding of the post-ablation plasma directly and dynamically, allowing us to understand the relationship between sample and signal in laser-ablation analytical methods.  Such understanding of the total atomized mass and its stoichiometric development is critical for LA analytical methods.”

Original article source: http://www.astate.edu/news/merten-receives-national-science-foundation-grant | Article may or may not reflect the views of KLEK 102.5 FM or The Voice of Arkansas Minority Advocacy Council 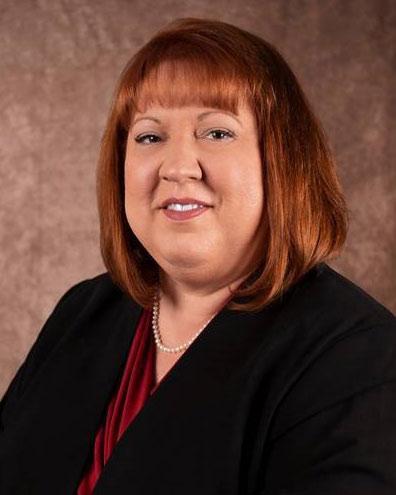