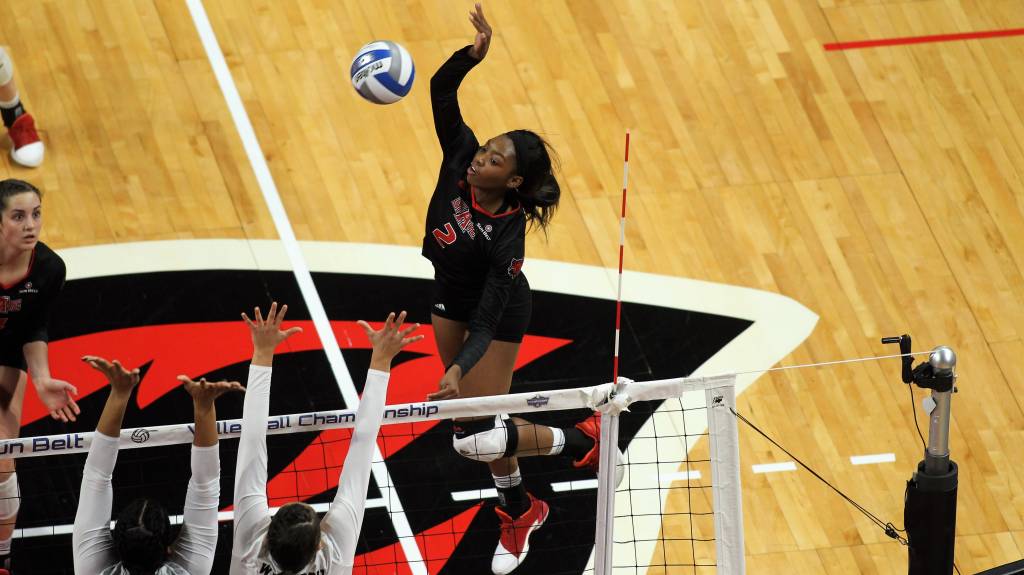 JONESBORO, Ark. (8/6/18) – Arkansas State seniors Carlisa May and Ellie Watkins were named the SBC Preseason Offensive Player of the Year and Setter of the Year, respectively, while A-State was picked to finish second in the West Division as the league released its Preseason All-SBC Team and Preseason Poll Monday morning.

A native of Lee’s Summit, Mo., May earned the Preseason Offensive Player of the Year award after posting a 4.23 kills per set average and 507 total kills, which ranked as the most since the 2004 season for an A-State player. The outside hitter was the 2017 SBC Offensive Player of the Year, First-Team All-SBC, and an American Volleyball Coaches Association All-Southwest Region honorable mention selection.

Watkins, a native of Weldon Spring, Mo., led the league with an 11.07 assists per set average and dished out 996 helpers in 2017. The senior setter earned Second-Team All-SBC honors last season for her efforts. She also tallied 77 kills, 159 digs, 17 aces, and 34 blocks. Additionally, Watkins was third on the team with four double-doubles.

Both players were also part of the 12-member Preseason All-SBC squad. A-State was one of just three teams with multiple selections on the team.

The Red Wolves were chosen to finish second in the West Division by the league coaches with 58 points and one first-place vote. Texas State was picked to win with 70 points and 10 first-place votes, while Louisiana, UT Arlington, Little Rock, and ULM rounded out the rest of the division. Coastal Carolina was picked to win the East Division with 67 points over South Alabama’s 63.

Original article source: http://www.astateredwolves.com//ViewArticle.dbml?DB_OEM_ID=7200&ATCLID=211767162 | Article may or may not reflect the views of KLEK 102.5 FM or The Voice of Arkansas Minority Advocacy Council