May Earns SBC Offensive Player of the Week Award
0 Comments 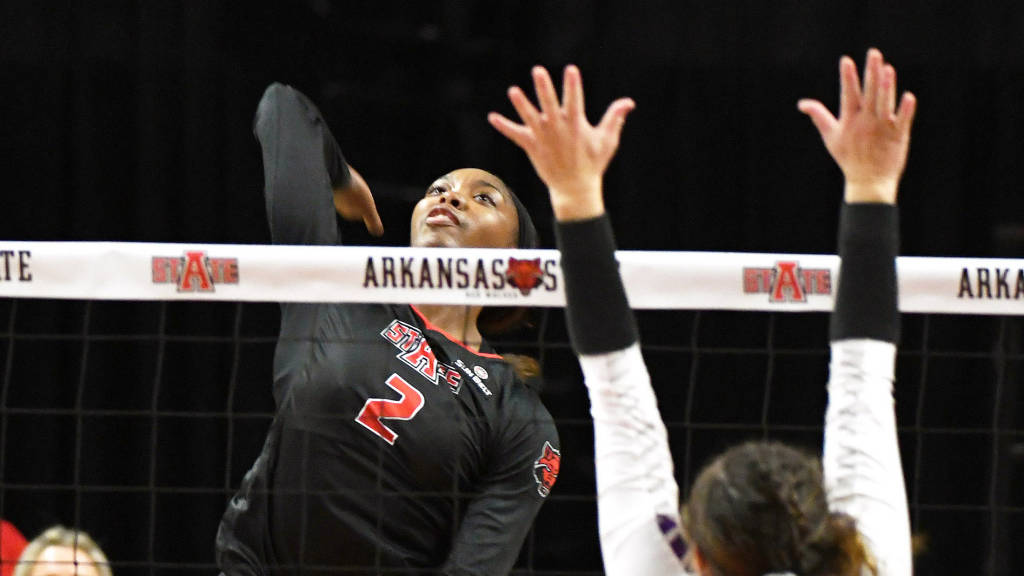 A native of Lee’s Summit, Mo., May led the Red Wolves to a 2-0 weekend with wins over Troy and South Alabama. The outside hitter posted 46 kills for a 5.75 per set average on a .299 hitting percentage. She knocked in 17 kills in Friday’s 3-0 win over the Trojans before adding a career-high 29 in the five-set win over the Jaguars. The 29 kills are the most by a Sun Belt player this season and eclipsed her previous career high of 26 she had a freshman against Little Rock on Oct. 7, 2015.

This award is May’s first of the 2018 campaign and her 15th career weekly award. She currently leads the Sun Belt Conference in kills per set with a 4.75 mark, almost a full kill ahead of second place (3.77). Additionally, May has 1,569 kills in her career, which is the third most in school history.

Original article source: http://www.astateredwolves.com//ViewArticle.dbml?DB_OEM_ID=7200&ATCLID=211773295 | Article may or may not reflect the views of KLEK 102.5 FM or The Voice of Arkansas Minority Advocacy Council