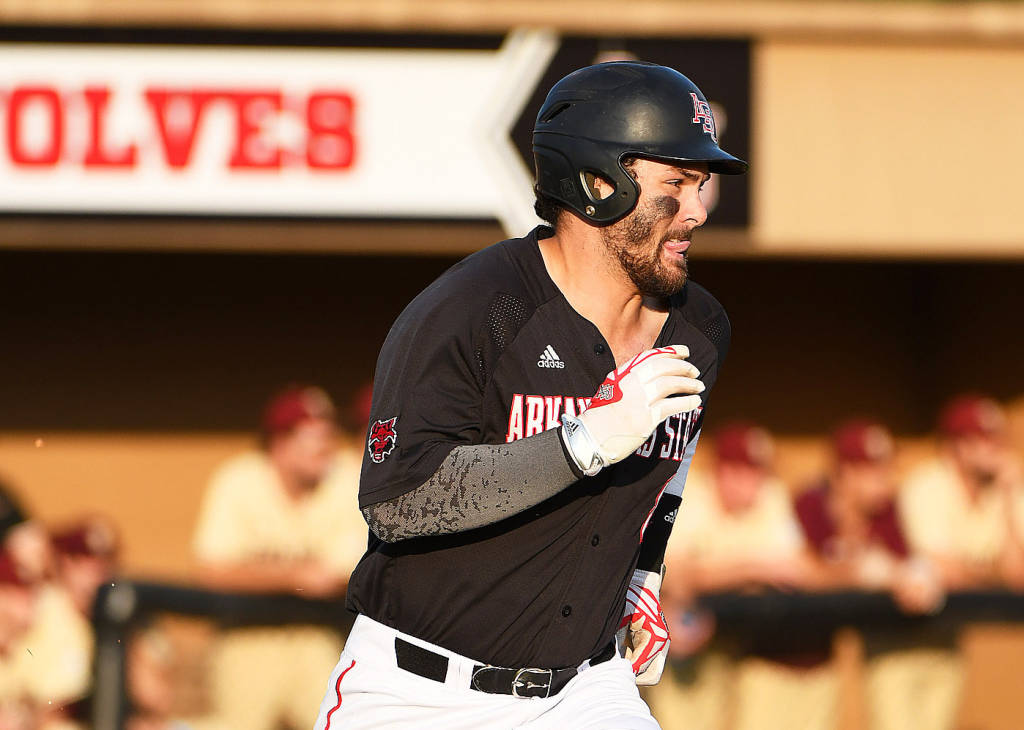 JONESBORO, Ark. (1/31/19) – Arkansas State senior first baseman Kyle MacDonald was named the Sun Belt Conference Preseason Player of the year Thursday, while the Red Wolves were picked fifth in the West Division of the leagues’ Coaches Preseason Poll that was announced yesterday.

The Mississauga, Ontario, native played and started in 51 of the teams 52 games, earning Sun Belt Newcomer of the Year honors and second team all-conference honors. He also picked up All-Central Region First Team honors from the American Baseball Coaches Association (ABCA) to become the 12th player at A-State to earn the award.

Coastal Carolina received 12 first-place votes to win the East with 72 points. South Alabama was chosen to finish runner-up in the division with 52 points, followed by Troy in third with 48 points. Georgia Southern trailed in fourth (24 points), Georgia State in fifth (24 points) and Appalachian State in sixth (13 points).

Louisiana was the favorite to win the West with 11 first-place votes and 71 points, while Texas State followed in second with 55 points. Little Rock was picked third with one first-place vote and 48 points. UT Arlington was picked fourth (36 points), Arkansas State picked fifth (24 points), and ULM sixth (18 points).

2018 Preseason Player of the Year

2018 Preseason Pitcher of the Year

The Red Wolves are slated to open their 2019 season with a three-game road series Feb. 15-17 at Stephen F. Austin. For the latest on A-State baseball follow the team by logging onto the Arkansas State Baseball Facebook page or by following the team on Twitter (@AStateBaseball) and Instagram (arkansasstatebaseball).

Original article source: http://www.astateredwolves.com//ViewArticle.dbml?DB_OEM_ID=7200&ATCLID=211788578 | Article may or may not reflect the views of KLEK 102.5 FM or The Voice of Arkansas Minority Advocacy Council