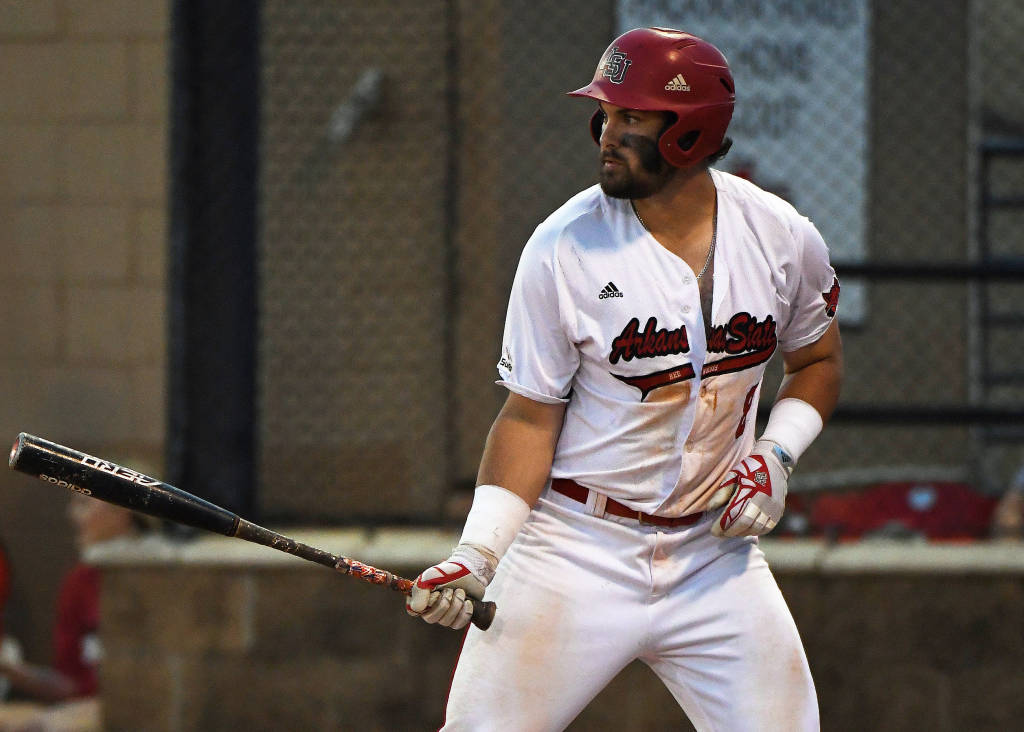 JONESBORO, Ark. (7/2/18) – Kyle MacDonald of the Arkansas State baseball squad was named to the All-Arkansas Collegiate Team in an announcement by Natural State Baseball Monday afternoon.

A native of Mississauga, Ont., MacDonald led the Red Wolves in a number of offensive categories in his first season after transferring from Crowder College and was named the Sun Belt Conference Newcomer of the Year for his efforts. He posted a triple-slash line of .346/.464/.665 with the .665 slugging percentage representing the seventh-best in school history and ranking as the best in the SBC.

MacDonald’s junior campaign included 15 home runs, tied for the second most in school history, to go along with 50 RBI, which is the 10th most in A-State history. Additionally, he recorded 66 hits, scored 50 runs, hit 12 doubles, legged out two triples, walked 39 times, and tallied 127 total bases. He was just recently named to the American Baseball Coaches Central All-Region First Team.

Additionally, Jeremy Brown was an honorable mention selection for the squad. A native of Festus, Mo., Brown hit 20 doubles, tied for the third most in school history, and had a triple-slash line of .316/.395/.492 on the year. Additionally, he hit four homers, drove in 28 runs, scored 30 times, and racked up the second most total bases on the team with 95.

The All-Arkansas Collegiate Team is compiled by Natural State Baseball and includes players from all colleges and universities in the state of Arkansas.

Original article source: http://www.astateredwolves.com//ViewArticle.dbml?DB_OEM_ID=7200&ATCLID=211733467 | Article may or may not reflect the views of KLEK 102.5 FM or The Voice of Arkansas Minority Advocacy Council