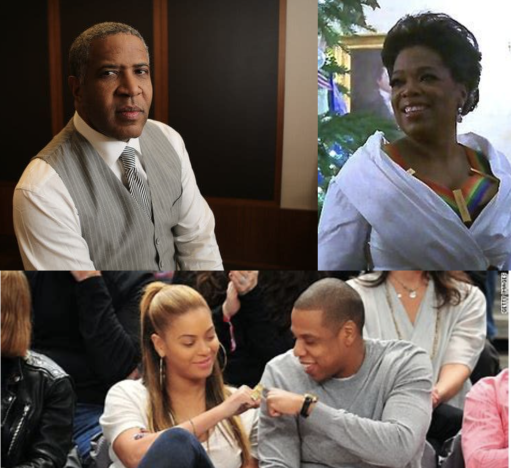 EDITOR’S NOTE: For some time now, we here at GBN have struggled with the fact that while our operating directive is always to present positive stories, there are so many issues that affect our communities that don’t fit that philosophy, but would love to find a way to present that doesn’t stray from our core mission. It recently dawned on us that the steps we as individuals and societies take to solve problems, large or small, could perhaps be our way in. Solutions can only come first through awareness and acknowledgement of the issue, learning about it, discussing it, then figuring out ways to act that may help solve it.

In that spirit, we introduce “Let’s Talk About It” – a new GBN feature we will occasionally present about problems that need ideas for solutions. Our first entry is a share from, appropriately enough, The Conversation, a website GBN has partnered with to bring to you exactly this type of content.

First up: How can we as a community begin to solve the black student debt crisis? Should we follow the lead of billionaire Robert F. Smith, who single-handedly relieved the debt of Morehouse College’s graduating class of 2019, and task the wealthiest among us to pitch in and help out? Or are there other ways for us to alleviate this issue? Read below, and if you like, let’s discuss!

When billionaire Robert F. Smith decided to pay off the student loans of the graduating class of 2019 at Morehouse College, he suggested that others follow his lead.

“Let’s make sure every class has the same opportunity going forward, because we are enough to take care of our own community,” Smith declared in his commencement speech.

But is there even enough black private wealth in the United States to pay off all black student loan debt?

As a scholar in social transformation and African American studies, I’m intrigued by this question. It provides an opportunity to examine black wealth, higher education and the possibilities for alleviating debt, which in turn opens the door to new economic opportunities.

Black celebrities give to higher education

Smith’s gift is estimated to be worth US$40 million and will benefit 396 students.

That’s a lot of money, and he’s done it before. Before his gift to Morehouse, Smith donated $50 million to Cornell University, his alma mater, in part to support African American and female students at Cornell University’s College of Engineering.

Other black celebrities have also stepped up to fund education. Powerhouse couple Beyonce and Jay Z gave more than $1 million in scholarships to students who lived in cities they were touring in 2018.

Rapper Nicki Minaj gave 37 “Student of the Game” scholarships. LeBron James, through his foundation, promised to pay for 2,300 students to attend the University of Akron – at an estimated price tag of $100 million. Oprah Winfrey has donated more than $400 million to educational causes.

But with just five black billionaires in the United States – Smith, Winfrey, David Steward, Michael Jordan and Jay Z – monumental gifts like the one that Smith made will likely be few and far between.

Is Smith’s claim that “we are enough to take care of our own community” true of all the black wealth in the U.S.?

A strong heritage of black philanthropy dates back to mutual aid societies of the 1700s and 1800s in which free blacks sought to help fellow blacks facing hardships or distress and, in later years, in need of education and job training.

Black charitable giving also arose from the black church and fraternal organizations throughout the 1800s and 1900s with movements such as abolitionism, the Black Women’s Club Movement and the civil rights movement.

Mary Church Terrell, the first president of the National Association of Colored Women, described how charitable organizations had “a keen sense of the responsibility” to secure economic and educational resources, “lifting as we climb” up the ladder of social mobility. This ethic of giving was also present among the early black economic elite such as Thomy Lafon, Madame C.J. Walker and James Forten.

Black giving remains strong to this day. Despite racial wealth gaps, black families contribute larger portions of their wealth than any other racial and ethnic group. The W.K. Kellogg Foundation reports that two-thirds of all black households donate to charitable causes. This giving amounts to about $11 billion annually, most of which goes to religious organizations.

But how much of it goes to higher education? African Americans across the socioeconomic spectrum report donating 17% to education – both K-12 and post-secondary institutions and scholarship funds. That adds up to about $1.8 billion donated annually.

Looking at 2016 data, 86.4% of blacks completing a bachelor’s degree had some form of student loan debt, and the average amount borrowed was $34,010. If we multiply the total number of blacks that graduated with some form of debt – roughly 168,000 – by the average amount borrowed per individual, the average cumulative debt for this one graduating class was roughly $5.7 billion. This includes graduates from all colleges – public as well as private – but not community colleges.

Of course, looking at it at the most basic level, the collective wealth among America’s black billionaires – which totals $13.4 billion with the recent addition of Jay-Z – can easily subsidize the debt of a single graduating class.

And while a more sophisticated calculation is undoubtedly warranted, a rough estimate shows that the $5.7 billion in black student debt could be covered by America’s black millionaire households if each one chose to devote $6,500 toward eliminating the overall debt.

Of course, the debt load for black students goes far beyond one graduating class. The majority of blacks in the labor force that hold a bachelor’s degree or higher have some form of student loan debt. This means that the figures for the entire black population with outstanding student loan debt across generations are significantly higher than $5.7 billion.

Robert Smith’s gift to the class of 2019 at Morehouse provoked an interesting discussion about whether black philanthropy can alleviate black student loan debt. However, one-off philanthropic efforts that help a small group of beneficiaries can’t compete with the kind of large-scale change needed to alter the course of an entire community.

What do you think? Let’s talk about it!

Original article source: https://goodblacknews.org/2019/07/13/lets-talk-about-it-could-african-american-philanthropy-help-solve-the-black-student-debt-crisis/ | Article may or may not reflect the views of KLEK 102.5 FM or The Voice of Arkansas Minority Advocacy Council