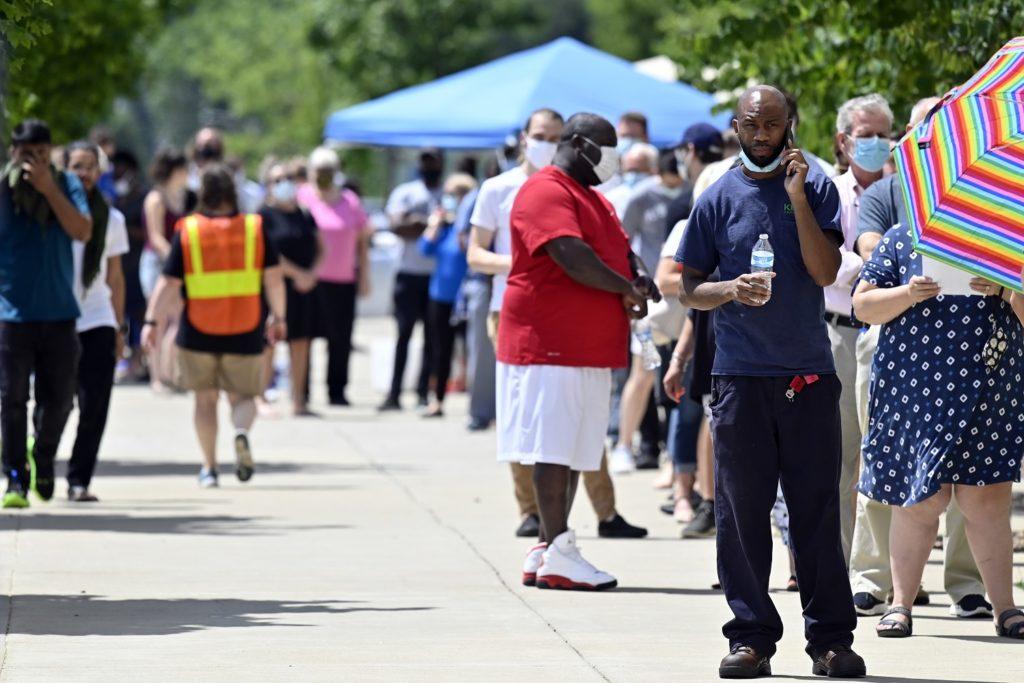 President Trump visited Arizona, which is seeing a surge in COVID-19 cases, to tour a portion of the border wall and spoke for 90 minutes at a student conference in Phoenix. The president addressed calls for police reform & defunding which he claimed will win him reelection. Congress votes on police reform on Thursday.

Regarding voting, Kentucky voters who were shut out banged on on windows at polling stations demanding to be allowed to vote. A judge ruled to keep polling stations open later to accommodate voters.

🚨#Kentucky cut its polling places for Tuesday’s primary from 3,700 to 200, and voters report not getting #MailInBallots.

Original article source: http://aurn.com/kentucky-voters-shut-out-at-polls/ | Article may or may not reflect the views of KLEK 102.5 FM or The Voice of Arkansas Minority Advocacy Council