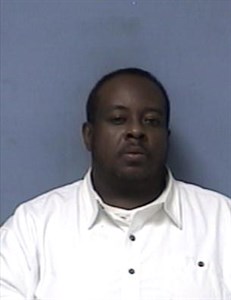 MARION, AR – Second Judicial District Prosecuting Attorney Scott Ellington said a Crittenden County jury panel reported to court Wednesday morning to hear the State’s case against Michael Dewayne Driver, 45, of West Memphis. Before a jury could be selected, Driver’s attorney announced the defendant had changed his mind and wished to plead guilty to the charges against him. He wanted to accept the plea offer negotiated between defense counsel and Deputy Prosecuting Attorney Tom Young.

Circuit Judge Randy Philhours cleared the courtroom and called Driver forward and asked if he in fact wanted to plead guilty. Driver told the judge he did not want a trial and wanted to plead guilty. The judge advised the defendant of certain rights he would be waiving if he entered a guilty plea, and Driver replied that he understood. Judge Philhours accepted his plea and sentenced Driver to the thirty years in the Arkansas Department of Corrections (ADC) on simultaneous possession of drugs and a firearm, twenty years in the ADC for possession of cocaine with intent to deliver, twenty years in the ADC for possession of drug paraphernalia, and ten years in the ADC for a petition to revoke probation on a delivery of cocaine charge. The sentences will run concurrently. After accepting Driver’s plea and sentencing him to prison the Judge brought the jury panel back into the courtroom and announced the case scheduled for that day had just been resolved by defendant’s guilty plea and the sentence. Many of those who reported for jury duty cheered when the judge announced the outcome of the case.

Before imposing the lengthy agreed sentence, Judge Philhours asked the defendant if he had any questions. Driver asked why the plea offer went up so much from the original offer. Judge Philhours answered, “Because you tested Mr. Young’s resolve and it didn’t work out very well for you.”

Originally Deputy Prosecutor Young offered defendant the opportunity to plead guilty and receive ten years in prison on the more serious simultaneous possession of drugs and a firearm to be followed by ten years suspended sentence on the remaining charges. The defendant rejected that offer, and the matter was set for trial. A week before the scheduled trial, Young received certified copies of defendant’s five felony convictions from another state. The prosecutor then upped his offer to 20 years on the gun charge followed by 20 years suspended sentence on the remaining charges. The Defendant again rejected the state’s offer to resolve the case short of trial. The matter was set for jury trial on Wednesday, but once the jury panel appeared, the defendant changed his mind and decided to plead guilty to the charges.

Ellington said, “Because the good folks of Crittenden County answered the call and were willing to serve on a jury, we were able to achieve a good result without taking too much of their time. I really appreciate the hard work and dedication Tom Young puts into preparing his cases. His passion shows. I also want to thank the West Memphis Police Department for their hard work as they put their lives on the line daily while working to keep the streets safe and drug free.”

Original article source: https://www.yourprosecutor.org/2018/07/jury-panel-cheers-after-defendant-enters-guilty-plea/ | Article may or may not reflect the views of KLEK 102.5 FM or The Voice of Arkansas Minority Advocacy Council