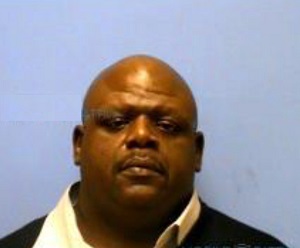 BLYTHEVILLE, AR – A jury in Mississippi County found Willie Antoine Matlock, 46, guilty of the charge of Rape today in Blytheville Circuit Court. The case originated by a hotline call to the Arkansas State Police child abuse hotline. The victim, who is now twelve, testified that she was abused by the defendant from the age of five to nine. The victim’s testimony was supported by an adult and the Sexual Assault Nurse Examiner (SANE). Judge Ralph Wilson presided over the trial. The jury, composed of eight women and four men, came to a guilty verdict after deliberating for just thirty-five minutes. For sentencing, they deliberated a further ten minutes, then recommended a twenty-five year sentence in the Arkansas Department of Corrections. Judge Wilson followed the jury’s recommendation.

Deputy Prosecuting Attorneys Gina Knight and Curtis Walker prosecuted the case for the State of Arkansas. Second Judicial District Prosecuting Attorney Scott Ellington said, “I want to thank Deputy Prosecutors Knight and Walker for their hard work and the countless hours they worked putting this case together. I also want to mention the bravery of the young victim, who withstood the pressure of testifying in open court in addition to all she had already been through. Cases involving the sexual abuse of minors are incredibly difficult, emotional cases. I want to thank the jury in this case for being willing to view the evidence and hear the testimony in such a difficult case.”

Original article source: https://www.yourprosecutor.org/2018/09/jury-finds-mississippi-county-man-found-guilty-of-rape/ | Article may or may not reflect the views of KLEK 102.5 FM or The Voice of Arkansas Minority Advocacy Council