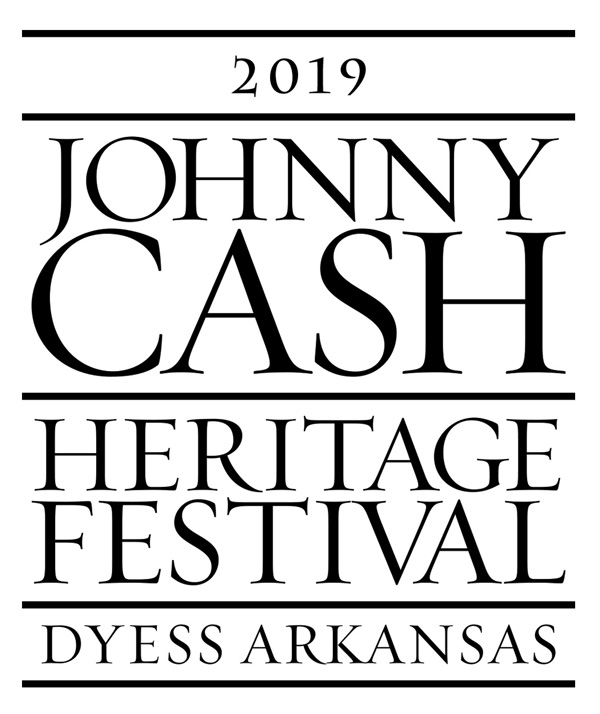 JONESBORO – A schedule of topics that explore “Our Musical Genealogy: Country Music and the American Experience” has been set for the academic symposium at the three-day 2019 Johnny Cash Heritage Festival, Thursday through Saturday, Oct. 17-19, in Dyess. All symposium sessions will be held in the Dyess Colony Visitors Center and are free and open to the public.

The symposium will run all day Thursday, Oct. 17, and Friday morning, Oct. 18.

Friday afternoon will feature a special “Titans of Film Making” event hosted by Rosanne Cash and featuring three prominent documentarians. This special event will be held at the Dyess Community Center. Tickets are available.

The schedule for the free symposium presentations follows:

With arts education on the decline, Americans for the Arts believe that arts programs contribute to students’ overall academic achievement, encourage students to stay in school longer, and enhance opportunities for success in life outside of school. Sharing this project on a larger platform may give the program an opportunity to develop in multiple school districts, ensuring that the legacy of country music, from the Carter family to Johnny Cash and beyond, thrives.

10 a.m. — “Poets & Pioneers: Country Music in the Classroom Breakout Session,” Sunny Mitchell (Folsom, Calif.)
The 9 and 10 a.m. sessions will together qualify for two hours of professional development for Arkansas teachers.

11 a.m. — Building on Traditions: The Origins of Country Music. “American Troubadours: From Courtly Love to Cotton Fields,” Aimie Michelle Taylor (Arkansas State University)
The motif of the medieval troubadour has been extensively used by those writing about country musicians and by the performers themselves, from the “Texas Troubadour” Ernest Tubb to songs about troubadours by Johnny Cash and George Strait. Beyond just being used a poetic term for a traveling musician, comparison of the troubadourism’s influence in 12th -14th century European society leads to some interesting reflections on the role of country musicians in shaping culture today. In both societies, music provided talented individuals with humble roots and limited desirable career prospects a means of economic mobility, fame and respect, and critical social influence (seen most poignantly in the life and legacy of Johnny Cash).

“Mammoth Spring and the Birth of the Grand Ole Opry” – Barbara Williams (Missouri State University – West Plains)
George D. Hay credits attendance at a hoedown in Mammoth Spring as inspiration for starting the Grand Ole Opry as recorded in his book, “A Story of the Grand Ole Opry.” Images of that part of rural America on and near the Arkansas/Missouri border include Ozarks native stone homes inhabited by people devoted to radios and its connection to the outside world, a close look at a family during the 1950’s-1960’s, their floor model short wave radio and sound bites heard from The Grand Ole Opry, the simple country humor of Lonzo and Oscar, ads for Martha White self-rising flour, gospel music and Mother Maybelle, June and Anita Carter are featured in the book. Landmark news items are also included such as the 1953 news of Hank Williams’ death in the back seat of his Cadillac, and in 1964, the Beatles having landed at Pigman Ranch, Alton, Mo., for a weekend’s quiet reprieve.

1 p.m. – “History in the Making” – Roundtable Discussion
An update from the staff on the ongoing and upcoming projects at the Historic Dyess Colony.

2 p.m. – “Cash and His World: Attitudes about Prisons and Corrections as a Part of American Culture,” and “Johnny Cash’s Use of Country Music to Effect Reform” – Dr. Revis Edmonds (Little Rock)
Many of Johnny Cash’s fans were unfamiliar with his commitment to the legal reform of the prison systems in the United States, as well as their spiritual well-being. Cash was a tireless advocate on behalf of the inmates for whom he performed, and often advocated before Congress about the nature and purpose of incarceration. Cash had a particular interest in the betterment of the incarcerated in his native state, even to the point of persuading Gov. Winthrop Rockefeller to match his financial pledge to build a chapel at Arkansas’s Cummins Prison. This presentation seeks to illustrate how Cash’s efforts contrasted with the culture of correction so prevalent in his day.

3 p.m. – “Drakesboro: Kentucky’s Thumbpicking Community” – Daniel Hildenbrandt and Rodney Newton (Owensboro Community College, Kentucky)
This documentary will focus on the members of the West-Kentucky thumbpicking community living around the small town of Drakesboro, Ky. The roots of this particular style of picking come from Alice DeArmond Jones, her son Kennedy Jones, Mose Rager, and Arnold Schultz. Merle Travis brought this style to the world through his records and films, and he is honored today in the Merle Travis Music Center, nearby in Powderly, Ky. There is a very strong tradition of thumbpicking still thriving in the community today. People pass the tradition along through friends and family.

4 p.m. – “Cash: Music, Legacy, and Redemption” – Danny Wilson and Tracy Schlapp (Portland, Ore.)
Danny Wilson and Tracy Schlapp formed the band Luther’s Boots to pick up the thread of Cash’s musical and social/political legacy. In 2018, they toured 11 of 14 Oregon prisons playing “At Folsom Prison” to commemorate the 50th anniversary of the album’s release. They have produced “Cash: Music, Legacy and Redemption,” a performance that mixes the stories of adults in custody with Cash musical excerpts sung by Wilson. Schlapp illustrates the performance with projections of her letterpress and linocut images that were used to animate the prison spaces.

9 a.m. – “Deep as an Ocean & Wide as the Sky: American Country Music’s Relationship to Other Musical Genres” – Christian Stanfield (Memphis)
Mixing equal parts music and storytelling, this program demonstrates that American country music did not develop in a vacuum — it grew out of myriad influences of European, African and American musical forms and ideas. It further illustrates the breadth of styles that country music developed into in the 78-rpm era — from the first “authentic” recording in 1922 through the honky tonk songs of the 1950s. Much attention will be given to highlight country music’s connection with early influences (Celtic jigs and reels, eastern European influences, African polyrhythms and syncopation) and its relationships with rockabilly, the blues, gospel, and folk music genres.

10 a.m. – “How Johnny Cash was Shaped by and Helped Shape a Range of Country Music Genres” – Dr. John M. Alexander (Brooklyn, N.Y.)
This presentation will examine all the genres of music that inspired Johnny Cash and follow him through the various facets of his country music career. It will also include an audio-visual component of video clips and lyrics to help emphasize Cash’s ability to transcend any one genre and in turn helped redefine the country music paradigm.

As a boy growing up in Dyess, Ark., Cash emulated the gospel songs his mother taught him. Cash would go on to explore various types of music and would ultimately cross musical genres by recording and introducing his country-based audience to rockabilly, folk, rock, gospel and the blues.

11 a.m. – “The List: Reconsidering Rosanne Cash’s Pivotal Album Ten Years Later” – Michael Streissguth (Le Moyne College)
Streissguth will focus on how the album, “The List,” proved to be a turning point in Rosanne Cash’s career and the themes in her music. After many years of holding country music at arm’s length, the album signaled an embrace by her of the genre and her legacy, opening the door a few years later to her multi-Grammy Award-winning album, “The River and the Thread,” which explores her native South like no other work of hers. He will present clips of interview material and never-before-heard studio performances.
Proposals and presenters for the festival theme were selected by representatives of the Arkansas State University Heritage Sites and The Historic Dyess Colony: Johnny Cash Boyhood Home.

The Johnny Cash Heritage Festival concludes Saturday, Oct. 19, with a concert featuring country music legend Marty Stuart. VIP Full Circle ticket packages that include seating in a special reserved section for the concert, field parking adjacent to the concert, admission to the ticketed Friday afternoon special presentations, and an invitation to a private Friday evening “suppertime stations” event with members of the Cash family have sold out.

Tickets for $15 tickets (plus applicable fees) for the Friday Special Presentations are still available. Good seats for the Saturday afternoon concert are also available. Concert ticket prices are $35 plus applicable fees for general admission; $100 plus applicable fees for reserved chair seating. A limited number of parking passes for the field adjacent to the concert are available to $100 ticket purchasers for $50 until spaces run out. They can be purchased by contacting the Central Box Office in A-State’s First National Bank Arena at the lower red entrance, or by calling 870-972-2781 or 800-745-3000. Tickets may also be purchased at JohnnyCashHeritageFestival.com. Parking passes cannot be purchased online. Passes will be mailed out, along with a parking map, directions and instructions.

Original article source: http://www.astate.edu/news/johnny-cash-heritage-festival-sets-symposium-schedule | Article may or may not reflect the views of KLEK 102.5 FM or The Voice of Arkansas Minority Advocacy Council