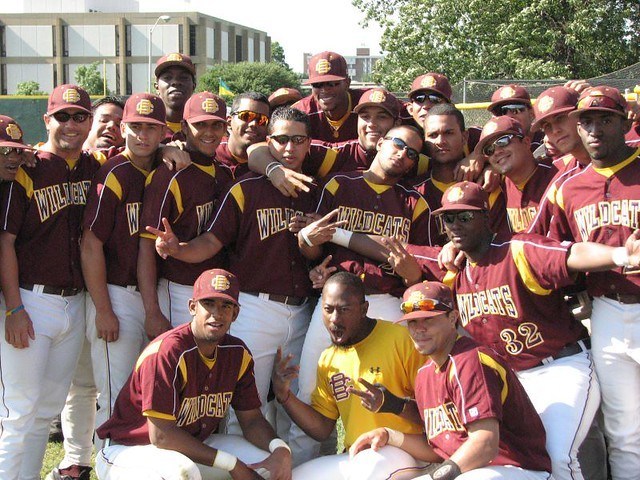 According to Yahoo! Sports, the first of what organizations intend to be an annual event will feature the North Carolina A&T Aggies and Southern Jaguars at the Chicago White Sox Guaranteed Rate Field. It will join The Andre Dawson Classic as ways to promote HBCU schools, which are slowly watching their baseball programs fold.

Erwin Prentiss Hill, CEO of Black College Sports Group 360 (BCSG), told HBCU Sports he wants the event to “promote education opportunities to urban youth” who may not know of the schools or how to navigate the college admissions process.

“Greatness comes from historically black colleges and universities. The bottom line is to get more urban youth back to our HBCU’s, so that talented young men and women can add to the legacy of our outstanding predominantly black universities.”

With the decline in HBCU baseball, it’s great to see that we’ll have the inaugural HBCU World Series.https://t.co/IooNq6GXle

The cost of playing sports can add up quickly for families. It’s especially difficult to have to pay for a glove, cleats, bats and even uniform costs, now that there are fewer programs supported through park or school programs.

Participating on a travel team is even costlier and can require more shuttling around from parents, who might already be working multiple jobs to get by. Little League is so high-stakes it’s must-see TV in August.

Billy Witz covered the lack of African-American players on HBCU rosters Monday for the New York Times and noted the decline of baseball through the eyes of Bethune-Cookman athletic director Lynn Thompson. Thompson said places where he played sandlot ball in the 1960s were paved over for basketball courts and parking lots.

Recently, however, the percentage of black players on Major League Baseball‘s opening-day rosters in 2018 was the highest in six years at 8.4 percent. Between 2012 and 2017, 20 percent of first-round draft picks were African-American. Those numbers are in part due to MLB’s focus on its Urban Youth Academies that started in Compton, California, in 2006 and its Reviving Baseball in Inner Cities (RBI) program, launched in 1989.

“It’s been a huge investment for us,” Renee Tirado, MLB’s chief diversity and inclusion officer, said last spring. “Obviously growing the game amongst our players is a priority, so that uptick has definitely been from a concerted effort.”

Perhaps a focus on HBCU baseball will bring those numbers even higher in the coming years.

Original article source: https://goodblacknews.org/2019/05/18/inaugural-hbcu-world-series-starts-may-24th-aims-to-diversify-college-baseball/ | Article may or may not reflect the views of KLEK 102.5 FM or The Voice of Arkansas Minority Advocacy Council