“How I Got Over”: Celebrating Aretha Franklin with Comprehensive Playlist of Her Cover Songs on Her Birthday (LISTEN)
0 Comments 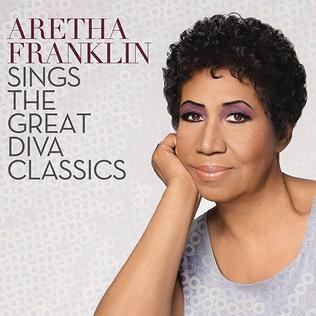 It’s always nice to have an excuse to celebrate the Queen of Soul and her music. Although this week in particular it’s been a somewhat fraught proposition, as the National Geographic Channel began airing its Genius: Aretha series starring Cynthia Erivo on Sunday, to which some of Franklin’s immediate family publicly objected.

But if, like me, you’re inclined to want to celebrate Aretha on what would have been her 79th birthday and can’t wait for the MGM feature Respect starring Jennifer Hudson (which, so far, the family does approve of) to come out, you can always rewatch the glorious Amazing Grace concert film released in 2019, or go right to the source and listen to all Aretha all day.

For my 2020 celebration, I compiled a collection of her original works in a Spotify playlist called  “Rock Steady”: Songs Aretha Franklin Wrote, in honor of her ability to compose incredible music and lyrics that have stood the test of time, a talent which is often overshadowed by Aretha’s unparalleled singing mastery.

This year, I chose to celebrate Aretha Franklin’s lifelong love of all musical styles and her unmatched ability to turn any song from any genre from any time by anybody into her own unique moment. Below is the compilation playlist “How I Got Over”: Aretha Franklin’s Cover Songs:

In it, you’ll find the songs you already know were recorded by others that Aretha made her own signature songs (“Respect,” “Spanish Harlem,” “Until You Come Back to Me”), along with songs where her version became as famous as the original, if not more (“You’re All I Need To Get By,” “I Say A Little Prayer,” “Wholy Holy,” “Bridge Over Troubled Water,” “Don’t Play That Song,” “Son of A Preacher Man”).

Also included are songs you may not know she covered (many were deep cuts on LPs or only recently released) but as soon as you hear Aretha’s version you won’t be able to forget it (“At Last,” “A Change Is Gonna Come,” “A Song For You,” “What a Fool Believes,” “I Want to Be With You,” “My Kind of Town (Detroit Is)”).

Aretha also dips into her Detroit roots with her covers of Motown classics like “My Guy,” “Tracks of My Tears” and “You Keep Me Hangin’ On,” as well as her love of her British Invasion contemporaries with covers of The Beatles‘ “Eleanor Rigby,” “Let It Be” and “The Long and Winding Road” and The Rolling Stones‘ “Satisfaction” and “Jumpin’ Jack Flash.”

Franklin effortlessly shows off her jazz chops on “Moody’s Mood,” “Skylark,” “How Glad I Am” and “Crazy He Calls Me” and her devastating blues acumen and feeling with “Today I Sing The Blues,” “The Thrill is Gone,” “Night Time Is The Right Time” and “Why I Sing The Blues.”

“Over The Rainbow,” “Somewhere” and “I Dreamed A Dream” let us all know a career on Broadway or movie musicals, should she have wanted it, would have been Aretha’s for the taking, and her takes on traditional gospel classics like “How I Got Over,” “What a Friend We Have In Jesus,” “Oh Happy Day” (with Mavis Staples), and, of course, “Amazing Grace” make it simple for anyone needing proof of God to listen and say, “Oh, okay. THAT.”

For those who love holiday fare, Aretha’s got that covered too, with undeniable versions of “Winter Wonderland,” “Silent Night” and “The Christmas Song.”

As late as 2014, at age 72, Aretha Franklin was still showing the world what she could do to a song she deigned to sing.

Franklin released an entire album of covers entitled Aretha Franklin Sings The Great Diva Classics, where she famously took on “Rolling In The Deep” by Adele, Alicia Keys‘ “No One” and created must-listen mash-up versions of Chaka Khan’s “I’m Every Woman/Respect” where Aretha blends those two classics together, and Gloria Gaynor‘s “I Will Survive,” which she mixes with Destiny’s Child‘s “Survivor.”

All the songs mentioned and more are on the 85-track playlist above. There are even more enticing covers in the Aretha Franklin catalogue worth exploring, but at five and a half hours, I definitely feel this playlist is a great place to start.

Enjoy, and all hail the Queen!

Original article source: https://goodblacknews.org/2021/03/25/how-i-got-over-celebrating-aretha-franklin-with-comprehensive-playlist-of-her-cover-songs-on-her-birthday-listen/ | Article may or may not reflect the views of KLEK 102.5 FM or The Voice of Arkansas Minority Advocacy Council