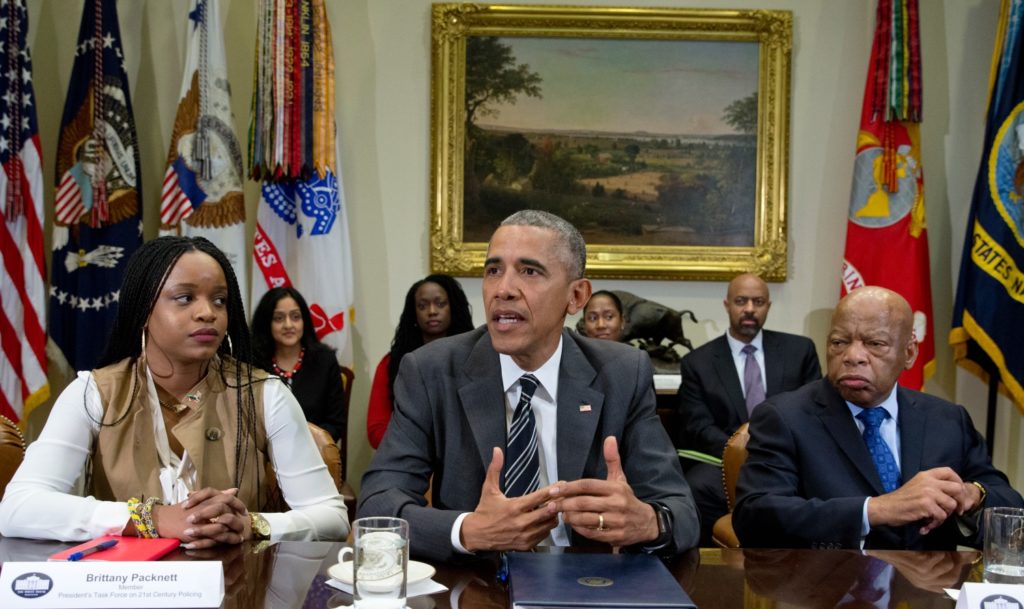 President Trump held a meeting today with law enforcement declaring that 99% of police officers are good people, but we need to weed out the bad apples. House and Senate Democrats have created new legislation focusing on police reform, including curbing racial profile, changing police practices, a federal anti-lynching law, and accountability of law enforcement.

April Ryan speaks with Valerie Jarrett who says Congress and Senate are using President Obama’s playbook to make recommendations to lead to a healthier relationship between police and the Black community.

Original article source: http://aurn.com/house-and-senate-democrats-using-obama-21st-century-cures-act-on-police-reform/ | Article may or may not reflect the views of KLEK 102.5 FM or The Voice of Arkansas Minority Advocacy Council