Tyler Perry Studios marks the first time that an African-American person has owned and operated a major film studio anywhere in the U.S.

“Why did it take so long?” Goldberg wondered in an interview with The Hollywood Reporter. “Why was he the first to get it? Now he’s the man who makes the decisions, chooses the movies, and he doesn’t have to ask anybody for shit. There’s nothing better than that. He’s never on his knees. He gets what he needs because he provided it.”

Davis concurred by saying, “Tonight is history. Tonight is not just entertainment and flamboyancy, it’s not just an excuse to get dressed up. It’s an excuse to celebrate a historic moment, which is a black artist taking control of their artistic life and the vision that God has for their life,” she said. “What’s happened with us historically is we’re waiting for people to get us. We’re waiting for people to throw us a crumb. That’s not what Tyler Perry has done. I want to be able to look back on this and say ‘I was there.’”

Winfrey added of Perry: “Tyler is my little big brother. To see him rise to this moment that I know he’s dreamed about, planned, defined, clarify for himself, it’s just a fulfillment of a dream. It’s wonderful to see.”

Fun Fact: The studio lots of Disney, Warner Bros, Paramount, Fox and Sony could fit inside @TylerPerry’s studio lot at the same time – and there would still be 60 acres to spare. All on a former Confederate Army base. A stunning achievement that will echo through the generations. https://t.co/XCeXE09y77

To read and see more, go to: https://www.hollywoodreporter.com/news/inside-tyler-perry-studios-grand-opening-gala-1245752

Original article source: https://goodblacknews.org/2019/10/07/history-making-tyler-perry-studios-has-grand-opening-gala-in-atlanta-with-oprah-beyonce-and-more/ | Article may or may not reflect the views of KLEK 102.5 FM or The Voice of Arkansas Minority Advocacy Council 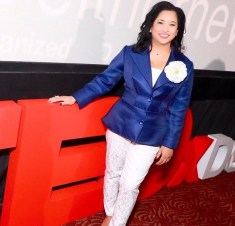 (Photo via chelseascharity.com)Chelsea Phaire, a 10-year-old from Danbury, Connecticut, has sent more than 1,500 children in homeless shelters and foster care homes art kits to give them something to play Read more