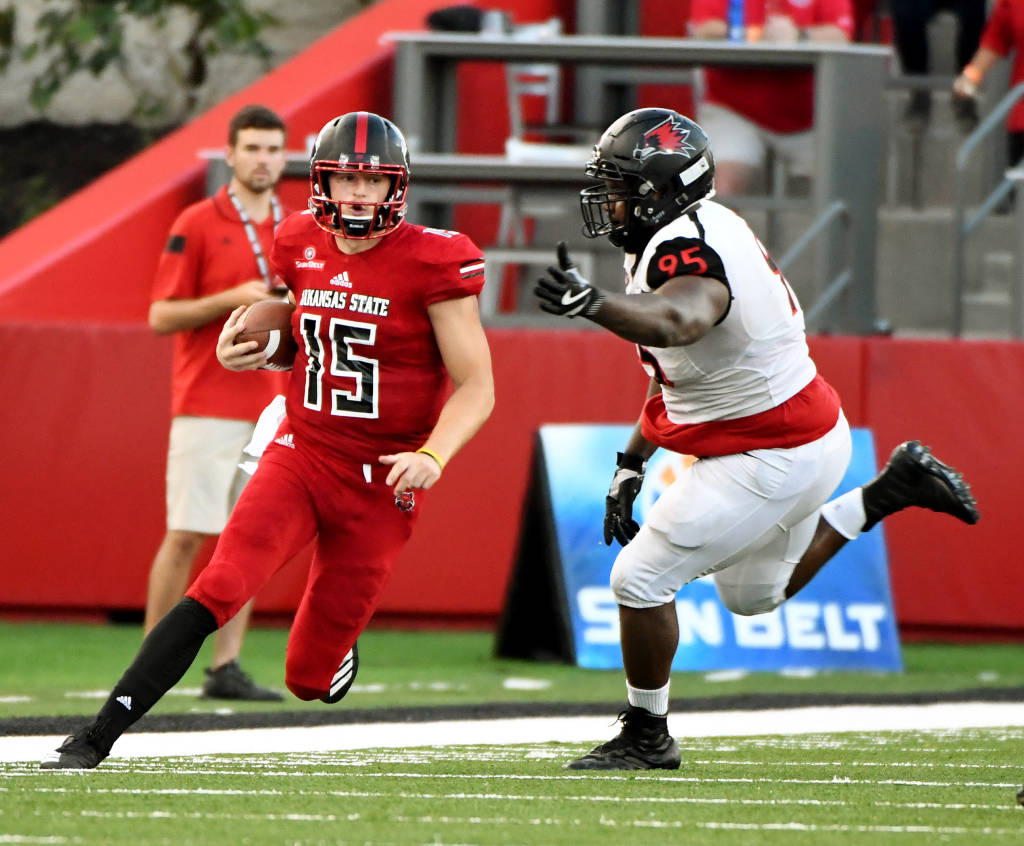 JONESBORO, Ark. (9/3/18) – Arkansas State senior quarterback Justice Hansen has been named the Sun Belt Conference Offensive Player of the Week after his record-setting performance against Southeast Missouri this past Saturday in the Red Wolves 48-21 victory.

Hansen set a school-record with six touchdown passes and finished the night with 26-of-36 passing with 423 yards. All six touchdowns went to different receivers and he became the first Sun Belt quarterback to toss six or more touchdown passes since Giovanni Vizza of North Texas had eight against Nov. 10, 2007.

In addition to his single-game performance, Hansen continued his march up the A-State career record books as well. He totaled 454 total yards in the matchup and now stands in third place on the all-time A-State total yardage list with 7,693, surpassing Cleo Lemon’s (1997-2000) mark of 7,309.

The Edmond, Okla., native also became the fourth quarterback in school history to surpass 7,000 passing yards in a career on Saturday. He currently has 7,109 career passing yards and has now thrown for at least 300 yards 10 times in his career and has surpassed the 400-yard mark five times.

The Red Wolves return to action Saturday, Sept. 8 when they travel to Tuscaloosa, Ala., to take on Alabama. Kickoff is set for 2:30 p.m. from Bryant-Denny Stadium and the game will be televised on ESPN2.

Original article source: http://www.astateredwolves.com//ViewArticle.dbml?DB_OEM_ID=7200&ATCLID=211770377 | Article may or may not reflect the views of KLEK 102.5 FM or The Voice of Arkansas Minority Advocacy Council