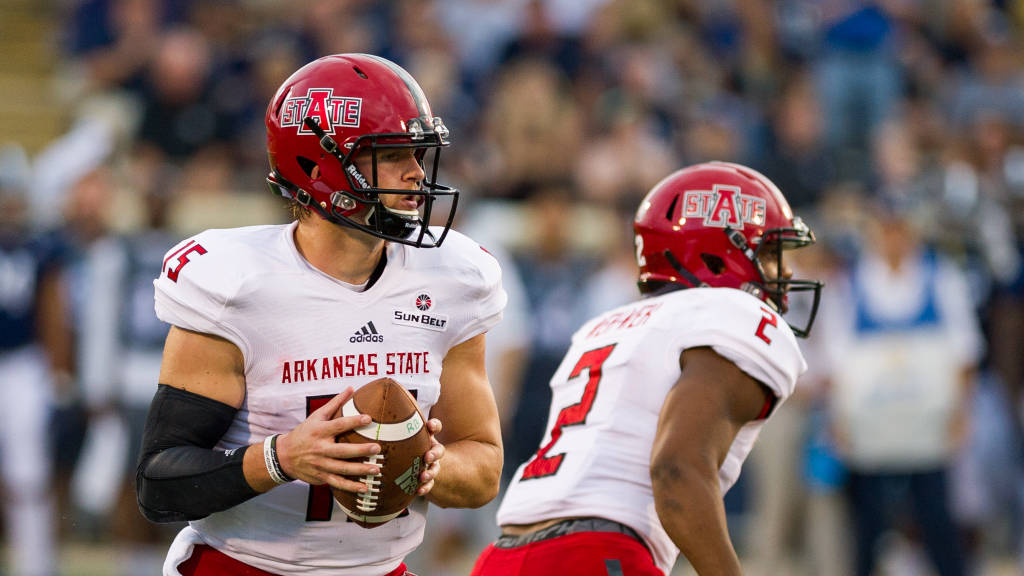 The honor is given annually to the nation’s top college quarterback, and candidates must be a college senior or fourth-year junior on schedule to graduate with their class. Criteria to be considered for the award include character, citizenship, scholastic achievement, leadership qualities and athletic accomplishments.

The Edmund, Okla., native also recently moved past Cleo Lemon to become the school’s second all-time leader in career passing yards, while also becoming just the second player in school history to accumulate 600 or more completions in a career.

The list of candidates for the award was cut to 30 from its original watch list of 49 in the preseason. It will be narrowed to 15 eligible candidates in the coming weeks.

The winner of the 2018 Johnny Unitas Golden Arm Award will be honored Dec. 7 at the Embassy Suites Baltimore Inner Harbor Hotel & The Grand.

A-State will host Appalachian State in front of a nationally televised on audience on ESPN2. Kickoff from Centennial Bank Stadium is set for 7 p.m.

Original article source: http://www.astateredwolves.com//ViewArticle.dbml?DB_OEM_ID=7200&ATCLID=211774867 | Article may or may not reflect the views of KLEK 102.5 FM or The Voice of Arkansas Minority Advocacy Council