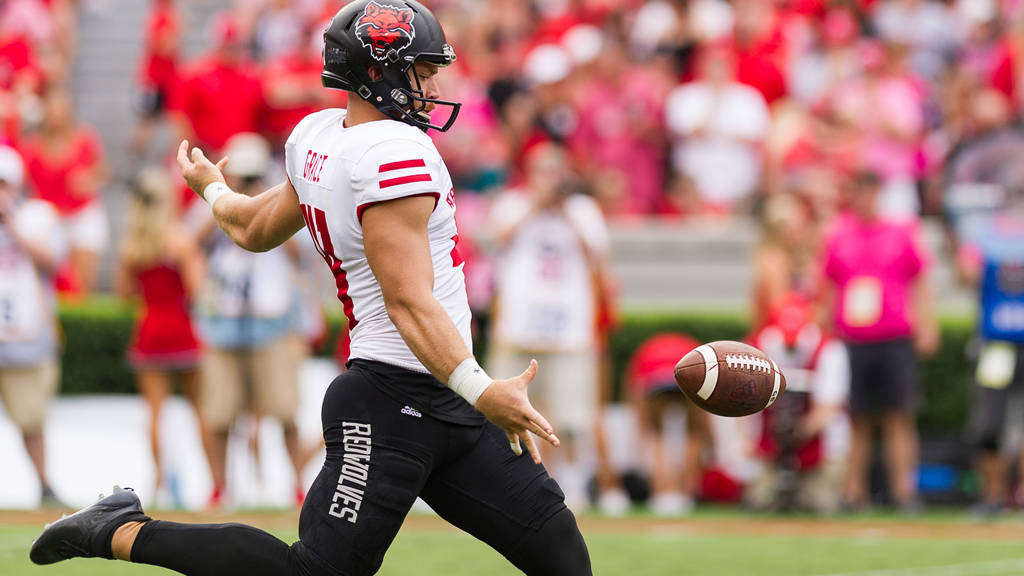 Grace was tabbed by the Augusta Sports Council and the Ray Guy Award as a Ray’s 8 selection for the second consecutive week before earning the award’s national punter of the week recognition.  He is a two-time Ray Guy Award semifinalist and is on this year’s watch list for the honor, issued annually to the top punter in the country.

Also named the Sun Belt Conference Special Teams Player of the Week following each of the Red Wolves’ last two games, Grace pinned Georgia State inside its own 20-yard line four times on five punts. He also recorded three punts of at least 50 yards and averaged 49.0 yards per attempt.

The Perth, Western Australia, native had two punts travel 59 yards, just three shy of his career long, and had another cover 53 yards.  His four punts inside the 20-yard line were only one short of his career high recorded against New Mexico State in 2017.

Grace has punted 34 times for 1,488 yards this season, averaging 43.8 yards per attempt with a Sun Belt-high 13 punts covering at least 50 yards.  He has placed a league-best 14 punts inside the opponent’s 20-yard line as well.

Arkansas State is in the midst of an open week after beginning their season with six consecutive Saturday games.  The Red Wolves return to action Thursday, Oct. 17, with a home game against Louisiana that will be televised on ESPNU.

Original article source: http://www.astateredwolves.com//ViewArticle.dbml?DB_OEM_ID=7200&ATCLID=211813703 | Article may or may not reflect the views of KLEK 102.5 FM or The Voice of Arkansas Minority Advocacy Council