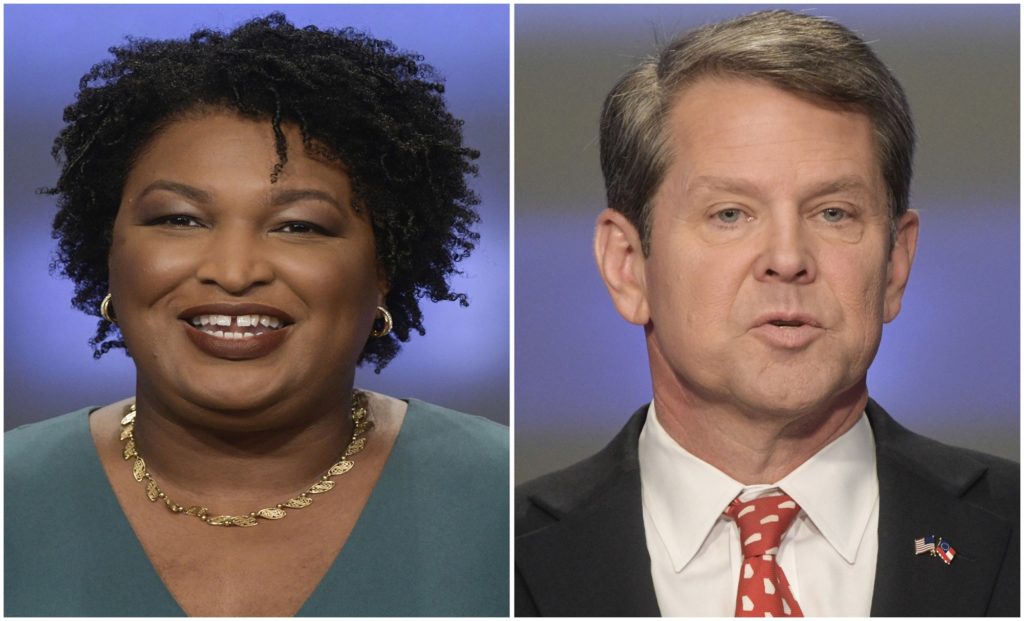 FILE – This combination of May 20, 2018, file photos shows Georgia gubernatorial candidates Stacey Abrams, left, and Brian Kemp in Atlanta. Kemp has unveiled a $90 million proposal for school security focused on mental health and local control. But absent from his plan was any mention of the topic that has dominated the national conversation around school safety: guns. Abrams’ campaign said that gun safety measures are essential to keeping Georgia’s schoolchildren safe. (AP Photos/John Amis, File)

The battles are fierce across the nation. It is a war the voters will determine at the polls. In Georgia, there are calls against voter suppression and Republican candidate Brian Kemp was caught on tape expressing concern of a potential turnout for Stacey Abrams who could become the first woman and first Black person to be governor of Georgia. But it all boils down to the vote as April Ryan explains, with commentary on the Asian-American vote from actor Lou Diamond Phillips.

Original article source: http://aurn.com/georgia-gubernatorial-battle-heats-up-amid-voter-suppression-accusations/ | Article may or may not reflect the views of KLEK 102.5 FM or The Voice of Arkansas Minority Advocacy Council