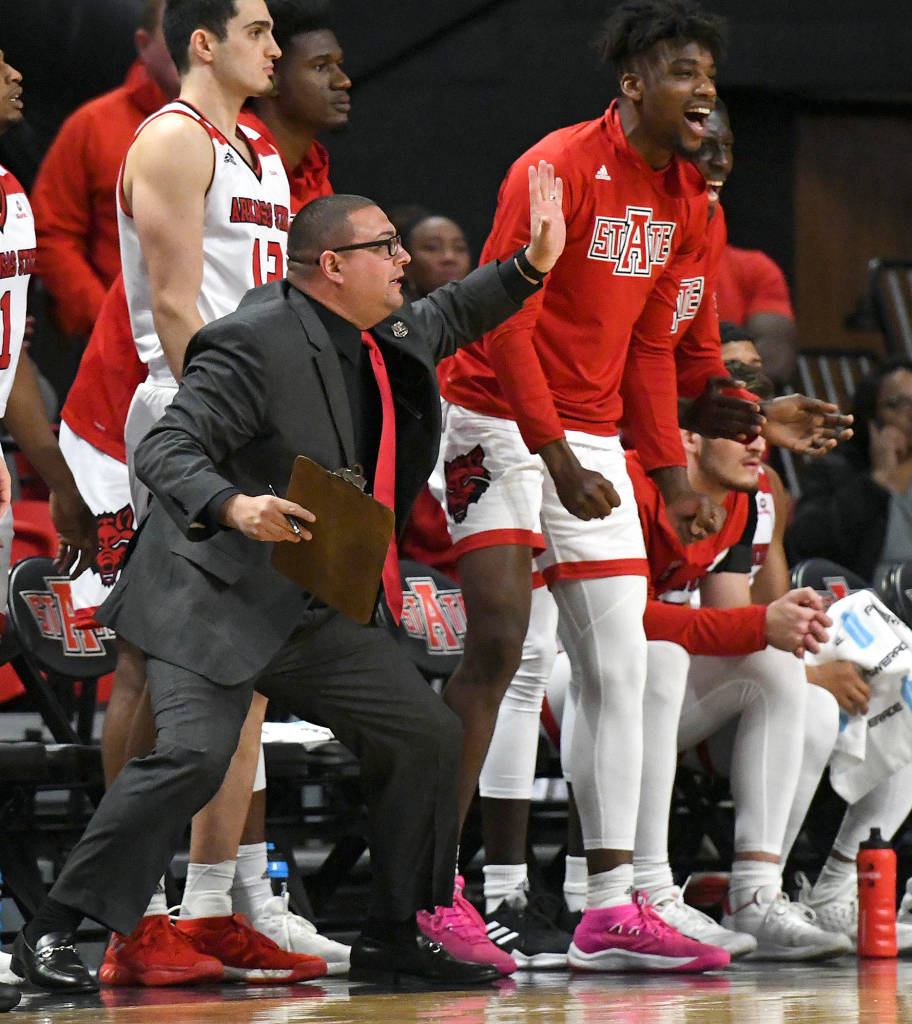 • A-State returns to the home court at First National Bank Arena for just the second home game of the season as the Red Wolves host Evansville on Tuesday at 7:00 p.m.
• The Red Wolves logged over 7,000 miles before playing the second home game Tuesday against Evansville
• Ty Cockfield II has 13 20-plus point outings in his A-State career following his 30 point effort at Lehigh
• A-State pulled down 25 offensive rebounds at Lehigh, just the second Division I team this season with 25 or more in a game
• A-State has 30 blocks this season and is on pace for 137 this season, which would rank third most in program history
• The Red Wolves have 48 steals thus far and are on pace for 220, most since the 2012-13 season
• Malik Brevard had 13 points and 10 rebounds against Eastern Illinois, the first double-double by an A-State player this season
• Salif Boudie had a career high 21 points against Gardner-Webb on 7-of-7 shooting, the second time this season a player was 7-of-7 from the field (J.J. Matthews at Abilene Christian)
• The Red Wolves have used five different starting lineups in seven games played.
• A PDF of game notes in traditional PDF format can be found here

Original article source: http://www.astateredwolves.com//ViewArticle.dbml?DB_OEM_ID=7200&ATCLID=211782726 | Article may or may not reflect the views of KLEK 102.5 FM or The Voice of Arkansas Minority Advocacy Council