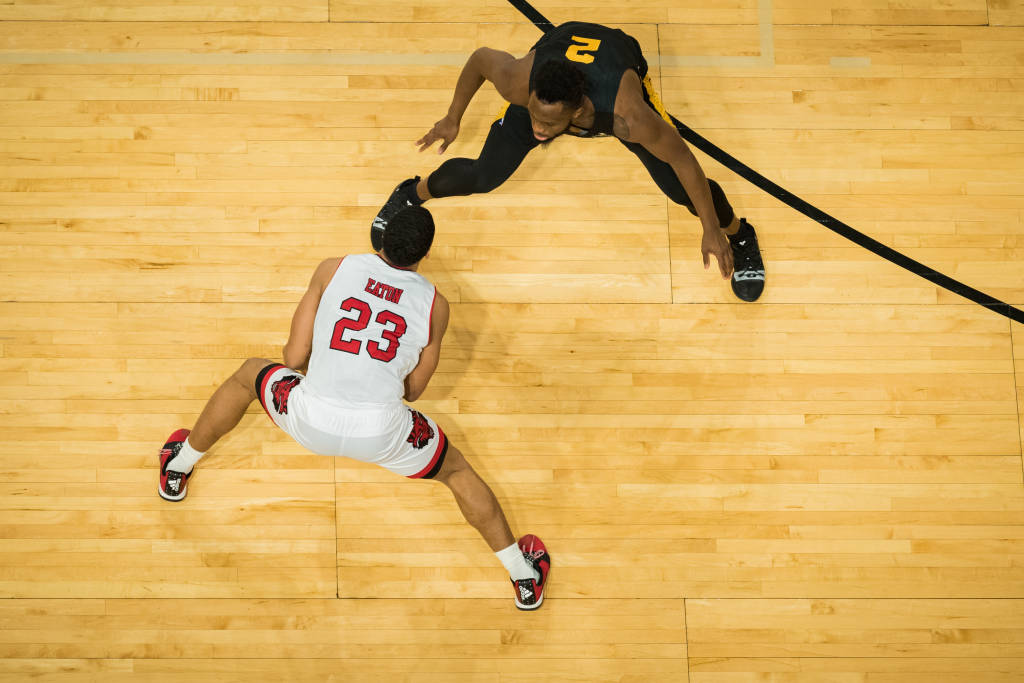 • A-State closes a three-game road trip with Saturday’s 2:00 p.m. contest at Troy from Trojan Arena on ESPN+. The EAB/Red Wolves Sports Network broadcast originates from 107.9 KFIN in Jonesboro.
• A-State leads the Sun Belt in rebounding at 38.7 rebounds per game and are 9-4 this season when out-rebounding their opponent
• The Red Wolves are the only team ranked inside the top-50 nationally in rebounds per game to not have a player averaging more than 5.5 rebounds per game
• Ty Cockfield’s career scoring average of 17.4 points ranks eighth in program history

• Combining the six conference losses together, A-State’s opponents have made more free throws (128) than the Red Wolves have attempted (116)

• The Red Wolves have played four overtime games this season, most since the 2012-13 squad played five overtime games
• As of games played Feb. 4, Ty Cockfield is among just seven players nationally to average at least 21.0 points, 4.0 rebounds and 3.5 assists per game this season
•  D’Marcus Simonds (Georgia State | 2017-18) and Bo McCalebb (New Orleans | 2004-05) are the only Sun Belt Conference players to average such over a full season.
• A PDF of game notes in traditional PDF format can be found here

Original article source: http://www.astateredwolves.com//ViewArticle.dbml?DB_OEM_ID=7200&ATCLID=211789750 | Article may or may not reflect the views of KLEK 102.5 FM or The Voice of Arkansas Minority Advocacy Council