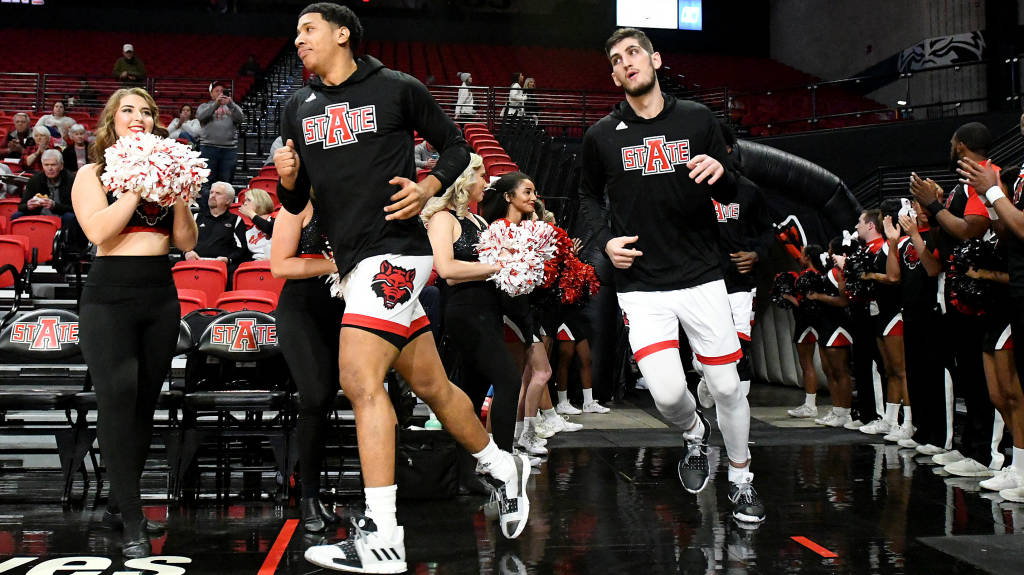 • Coming off back-to-back wins on the home floor, A-State heads to Syracuse for a Saturday afternoon matchup. Tip-off is set for 1:00 p.m. (CT) on the ACC Network and Watch ESPN. Fox Sports Southwest in Jonesboro is scheduled to carry the game live, but fans should check their local listings to see if the game is available through their cable or satellite provider. The radio broadcast can be heard across the EAB Red Wolves Sports Network.
• Arkansas State plays its third game inside the Carrier Dome with Saturday’s matchup, following an appearance in the 1989 Carrier Classic in which it played Temple and VCU
• Ty Cockfield II has eight games with 20 or more points this season, fourth most among NCAA Division I athletes this season
• As of games played Dec. 19, Ty Cockfield is among just 20 players nationally to average 21.0 points, 3.0 rebounds and 3.0 assists per game this season
• A-State is off to a 4-0 start at home for the 13th time in 32 seasons played at First National Bank Arena
• Dating back to the 2010-11 season, A-State was 1-32 when shooting less than 35 percent from the floor, but the Red Wolves have won two-straight games having shot below 35 percent
• Both A-State and FAU shot less than 29 percent from the floor, the 18th NCAA Division I game since 2010-11 to see both teams do such
• The Red Wolves have 49 blocks thus far and are on pace for 144, second-most in program history.
• A PDF of game notes in traditional PDF format can be found here

Original article source: http://www.astateredwolves.com//ViewArticle.dbml?DB_OEM_ID=7200&ATCLID=211784464 | Article may or may not reflect the views of KLEK 102.5 FM or The Voice of Arkansas Minority Advocacy Council