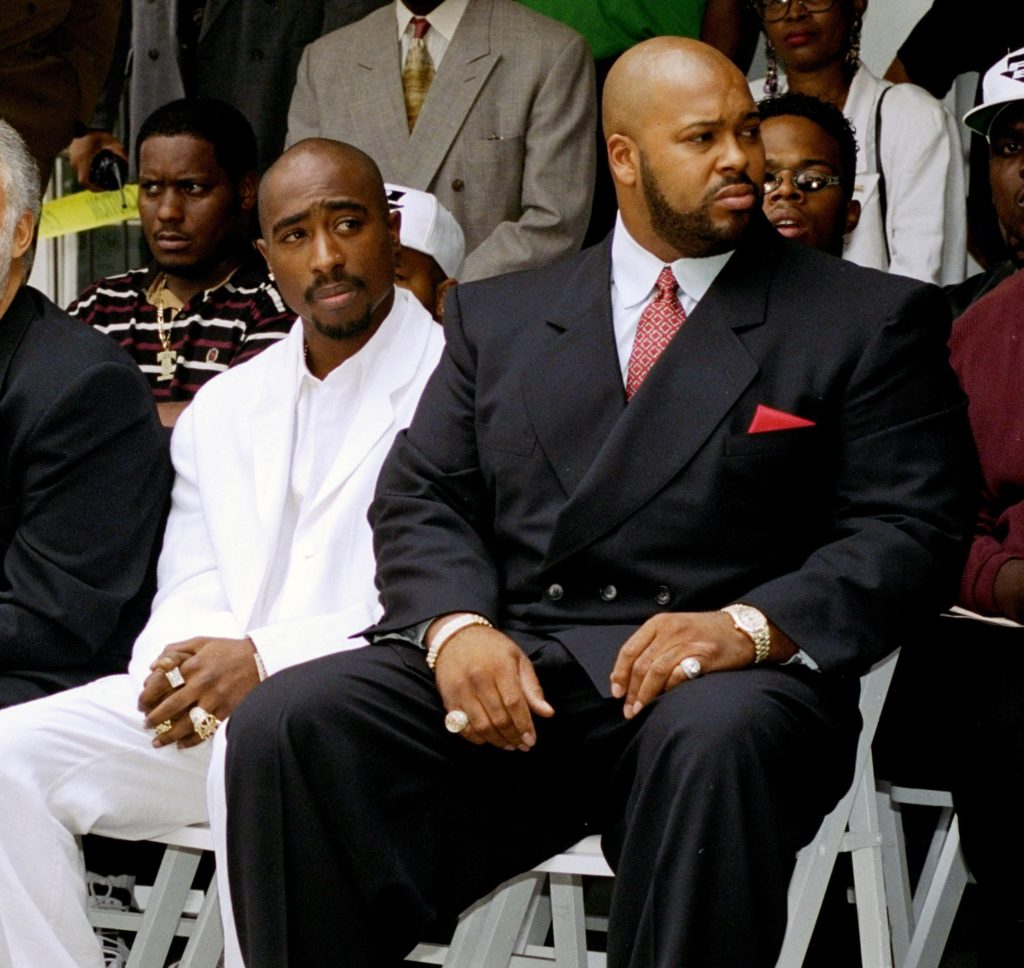 FILE – In this Aug. 15, 1996, file photo, rapper Tupac Shakur, left, and a founder of Death Row Records, Marion “Suge” Knight, attend a voter registration event in South Central Los Angeles. A lawyer for Knight says he was at the wheel of a car involved in an accident in a Los Angeles suburb. It occurred in Compton shortly before 3 p.m. Thursday, Jan. 29, 2015. (AP Photo/Frank Wiese, File)

A friend of Tupac Shakur, who was in his entourage the night the rapper was gunned down in 1996 in Las Vegas, actually saw his murderer in the seconds before the fatal shots were fired. Tupac was close with the rap group Outlawz at the time of the shooting, and some of them were with him on the night he was killed.

Napoleon, whose real name is Mutah Wassin Shabazz Beale, said in a YouTube live session that his fellow Outlawz member, Yaki Kadafi, actually laid eyes on the shooter. Napoleon said during the session ‘Kadafi actually seen the person who killed Pac,’ adding ‘He said the guy looked right at him, he pulled the arm out and saw the shooting you know what I mean.’ ‘They witnessed it, the Outlawz was there but Kadafi seen the guy. ‘The guy looked at Kadafi and Kadafi looked back at him. ‘And Kadafi didn’t expect, he didn’t know what was about to happen until he seen an arm come out the window.

He also says he does not think the man that Kadafi saw was Orlando Anderson, known as ‘Baby Lane’ , a member of the notorious gang the Crips, and who police once named as the main suspect. Within two months of the shooting, at 19-years-old, Kadafi was killed in an ‘accidental shooting’ in New Jersey. Napoleon added: ‘Why Kadafi didn’t tell the police?’ ‘You gotta understand where we come from in that particular time as Kadafi said to the police, he didn’t want to participate with the police. ‘That’s a code from the streets.’

Original article source: http://aurn.com/friend-shares-details-of-2pacs-death/ | Article may or may not reflect the views of KLEK 102.5 FM or The Voice of Arkansas Minority Advocacy Council