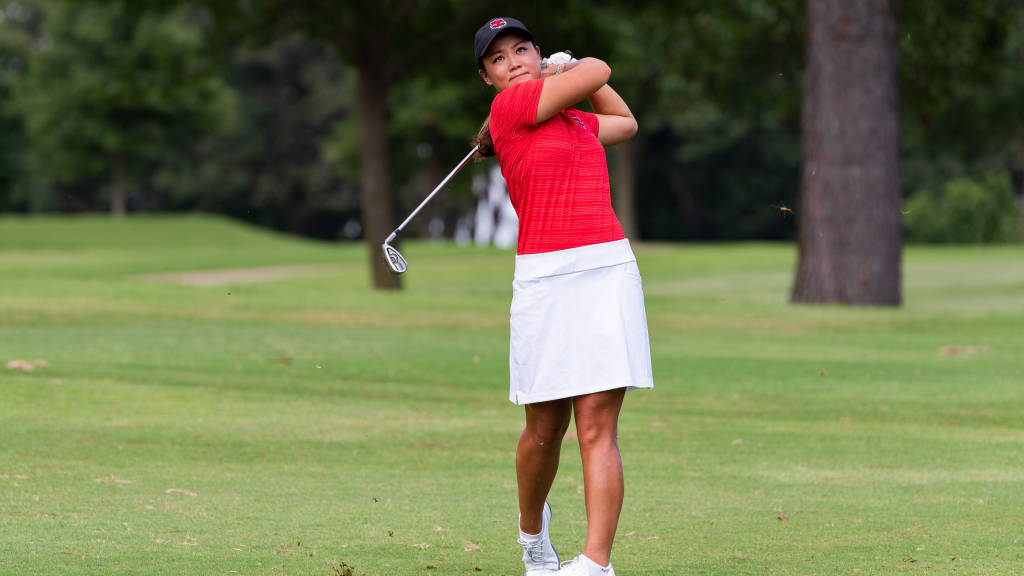 SPRINGFIELD, Mo. (9/9/19) – Competing in its first tournament of the 2019-20 season, the Arkansas State women’s golf team shot at a combined 603 (+35) Monday at the Payne Stewart Memorial to complete the 54-hole tournament’s opening two rounds in sixth place among 12 teams.

“I’m very pleased with our start today,” said A-State head coach M.J. Desbiens Shaw. “Our freshmen class played very well and showed a lot of confidence on the course. Sydni (Leung) had two solid rounds and showed great consistency throughout the day. Elise (Schultz) and Kayla (Burke) were fantastic to watch and showed a lot of maturity handling their first collegiate start. Both of them kept the ball in the fairway and put themselves in great position to make birdies.

As a team, we played well today. I’m proud of each and every one of them for their efforts and perseverance during this very hot day. We are definitely moving in the right direction and we are ready to play 18 more tomorrow and move up the leaderboard!”

Original article source: http://www.astateredwolves.com//ViewArticle.dbml?DB_OEM_ID=7200&ATCLID=211811256 | Article may or may not reflect the views of KLEK 102.5 FM or The Voice of Arkansas Minority Advocacy Council