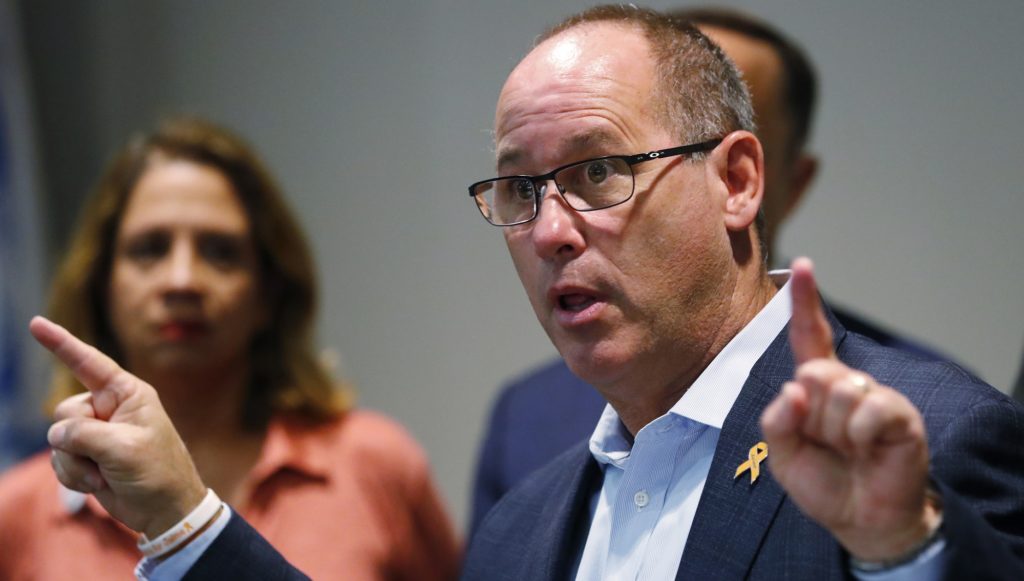 February 14th marks the second anniversary of the Parkland shooting. The White House is hosting parents of Marjory Stoneman Douglas High School student but left one off the list; Fred Guttenberg.

Guttenberg has been an outspoken advocate for gun safety laws and critic of President Trump. Guttenberg was escorted out of the State of the Union Address and handcuffed and detained for yelling out when the president pledged to defend the Second Amendment.

(1,2) As I read more of the public reports on this, here is what appears to have happened. The group Stand With Parkland was invited as they are working on several initiatives. This group does not include all of the families and my family is not part of this group. https://t.co/rBhgM660ma

Original article source: http://aurn.com/fred-guttenberg-on-two-year-memoriam-of-parkland-shooting/ | Article may or may not reflect the views of KLEK 102.5 FM or The Voice of Arkansas Minority Advocacy Council