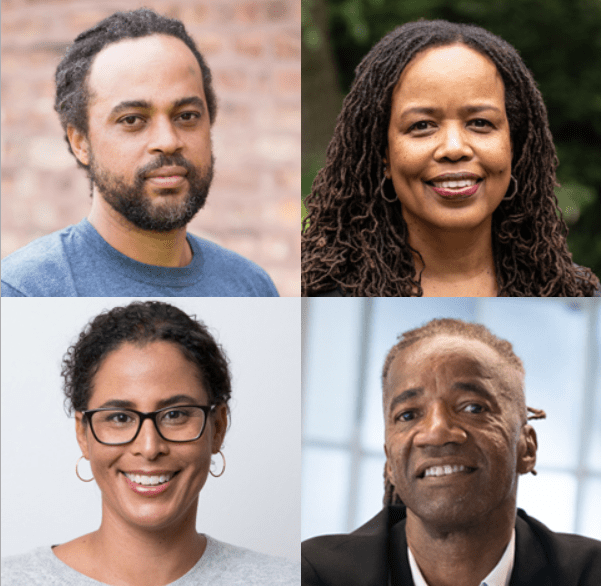 The Chicago-based MacArthur Foundation announced the selection of 26 individuals in this year’s class of MacArthur Fellows. The honors, frequently referred to as the “Genius Awards,” include a $625,000 stipend over the next five years which the individuals can use as they see fit.

Fellows are chosen for their “extraordinary originality and dedication in their creative pursuits.” The goal of the awards is to “encourage people of outstanding talent to pursue their own creative, intellectual, and professional inclinations” without the burden of having to worry about their financial situation.

This year, five of the 26 MacArthur Fellows are Black and four have current ties to academia:

Saidiya Hartman is a professor of English and comparative literature at Columbia University in New York City. Professor Hartman’s major fields of interest are African American and American literature and cultural history, slavery, law and literature, and performance studies.

She is the author of Lose Your Mother: A Journey Along the Atlantic Slave Route (Farrar, Straus and Giroux, 2007) and Wayward Lives, Beautiful Experiments: Intimate Histories of Social Upheaval (W.W. Norton, 2019). Dr. Hartman is a graduate of Wesleyan University in Middletown, Connecticut. She holds a Ph.D. from Yale University.

Walter Hood is a professor of landscape architecture and environmental planning and urban design in the College of Environmental Design at the University of California, Berkeley. He is the author of Blues & Jazz Landscape Improvisations (Poltroon Press, 1993).

Professor Hood is a graduate of North Carolina A&T State University. He holds two master’s degrees from the University of California, Berkeley, and a master of fine arts degree from the School of the Art Institute of Chicago.Kelly Lytle Hernandez is a professor of history at the University of California, Los Angeles. She is also the interim director of the Ralph J. Bunche Center for African American Studies at the university.

Emmanuel Pratt is an urban designer and co-founder and executive director of the Sweet Water Foundation, a nonprofit organization based on Chicago’s South Side that engages local residents in the cultivation and regeneration of social, environmental, and economic resources in their neighborhoods.

Original article source: https://goodblacknews.org/2019/10/28/four-african-american-academics-named-macarthur-genius-fellows-in-2019/ | Article may or may not reflect the views of KLEK 102.5 FM or The Voice of Arkansas Minority Advocacy Council