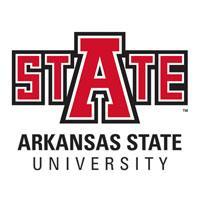 JONESBORO – The Arkansas State University Alumni Association and Student Philanthropy Council have teamed up to announce the latest recipients of the Emerging Young Alumni Award.  This is the second year of the recognition program for Arkansas State’s young alumni, their professional accomplishments, and engagement with the university.

Individuals designated as Emerging Young Alumni are those who, through their personal participation, have made significant contributions to A-State, their profession or their community.

The five will be recognized at the Emerging Young Alumni Awards luncheon Friday, Sept. 18, starting at 11 a.m. in the Cooper Alumni Center, 2600 Alumni Blvd.  Ticket information is online at AStateAlumni.org/EYA20.

Here are brief profiles of the five award recipients for 2020:

She is a White Riley Peterson Fellow and was recently named to the Arkansas Business’ 40 under 40 recognition program. Bigger holds a Master of Arts in art business from Sotheby’s Institute of Art in New York as well as bachelor’s degrees in photojournalism and the history of art from Arkansas State in 2009.  Bigger and her husband, A-State alumnus Alex Bigger, reside in Pocahontas.

Fulton, who received a Bachelor of Science in biology and a Bachelor of Arts in Spanish in 2009, earned his medical degree from the University of Arkansas for Medical Sciences in 2013 and completed pediatrics training with the LSU and Children’s Hospital of New Orleans.  He practiced medicine as an assistant professor of pediatrics, caring for children while teaching pediatrics residents and medical students for three years.

He completed a craniofacial pediatrics fellowship this year with the University of Washington and Seattle Children’s Hospital before returning to the New Orleans hospital as medical director of the craniofacial team. He specializes in the treatment of children born with craniofacial anomalies.  Fulton also serves as medical director and faculty adviser for LSU Medical School’s Camp Tiger, a day camp run by first-year medical students for area children with special needs.  He has received multiple recognitions for service and achievement, including A-State’s Wilson Award in 2009.

Nick serves on the North Little Rock Chamber of Commerce’s board of directors, is a member of the Rotary Club of Little Rock, and serves on the steering committee of Women Empowered for the Women’s Foundation of Arkansas. She was named to Arkansas Business‘ 40 Under 40, is a graduate of Leadership Arkansas (Class XI), and was most recently selected for Arkansas Money & Politics’ inaugural Future 50 Leaders.  A Beebe native, she is a 2002 graduate of A-State’s School of Media and Journalism.

Sandy, who earned a Bachelor of Fine Arts in graphic design in 2016, began his career as digital marketing manager at KAIT-TV. Selected for Raycom Media’s marketing leadership program, he became audience development and brand manager at KLTV 7 in Tyler, Texas, where he has overseen news promotions since 2018. He also is vice president of marketing for Tyler Civic Theatre Center, a board member for the East Texas chapter of the American Advertising Federation, and a member of the Lone Star EMMY chapter.

Earlier, Sandy was on the boards of Camp Quality AR and the NEA chapter of American Advertising Federation, and was involved in the Foundation of Arts. He has received advertising recognitions from the Arkansas Broadcasters Association and American Advertising Federation.  A member of The Sound of the Natural State marching band for five seasons, he was drum major for four. He served as a Chancellor’s Ambassador and was in the Honors College.

A 2006 A-State graduate with a Bachelor of Social Work degree, Watkins advanced his career preparation with a Master of Social Work degree in 2011.  He currently serves as executive director of the Northeast Arkansas Regional AIDS Network (NARAN), with which he has been associated for 15 years.  Through this organization he has worked for several years with A-State’s Department of Social Work to make arrangements for a student internship opportunity. He also serves on the department’s Community Advisory Board, and is board chair for the campus Wesley Foundation.

In his spare time the native of Jonesboro plays percussion instruments with his church’s praise band, and he is an avid fan of Red Wolves sports.  His wife Laura and his parents, Jeffrey and Gay Watkins, are all A-State alumni.

Original article source: http://www.astate.edu/news/five-grads-to-be-recognized-as-2020-emerging-young-alumni | Article may or may not reflect the views of KLEK 102.5 FM or The Voice of Arkansas Minority Advocacy Council 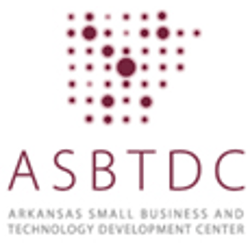 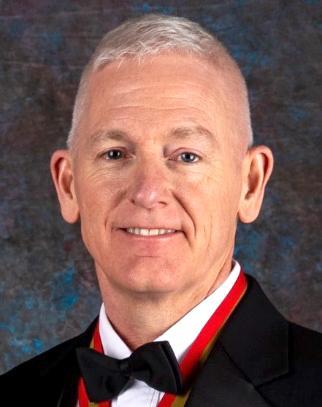