Fields, May Lift @AStateVB to Sweep at Memphis
0 Comments 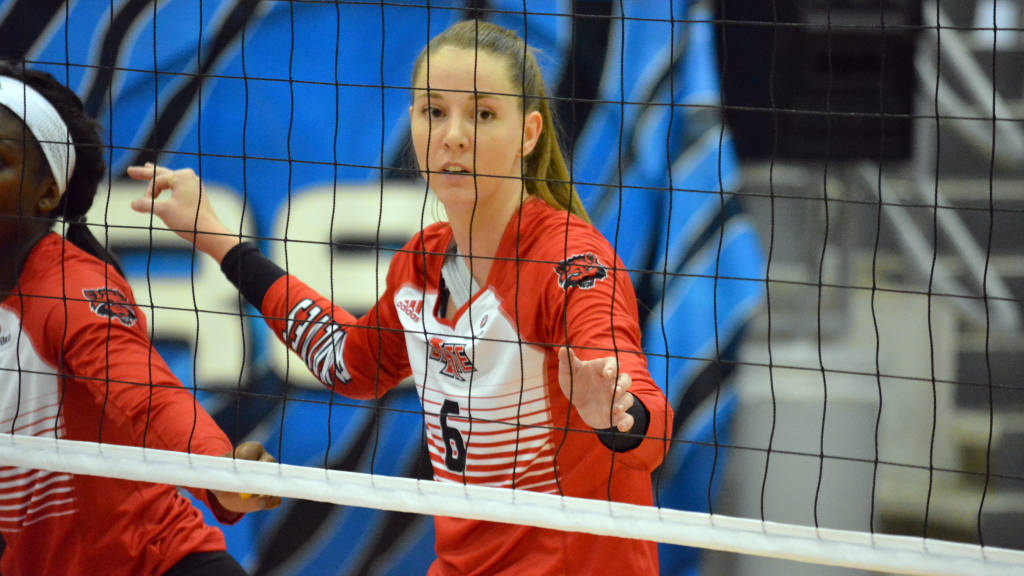 MEMPHIS, Tenn. (8/25/18) – The Arkansas State volleyball team got a strong all-around performance, including double-digit kill efforts from Kenzie Fields and Carlisa May, to bounce back and sweep Memphis 3-0 (25-22, 25-17, 25-20) to close out the season-opening Memphis Invitational at Elma Roane Fieldhouse.

Fields led the team with 14 kills on a .382 hitting percentage, while May chipped in with 13. Ellie Watkins handed out 37 assists, while May posted her first career double-double with 10 digs. The Red Wolves (2-1) hit .340 in the match and held the Tigers (1-2) to a .185 mark. A-State knocked in six aces and didn’t allow Memphis to record any.

“This was a great bounce back for us after this morning’s match,” A-State head coach David Rehr said. “We didn’t play well at all and didn’t earn it. Tonight I felt like we earned it. We played well in all facets of the game, especially Kenzie Fields. I’m proud of the effort tonight and we made some strikes. It was a total team effort tonight.”

Original article source: http://www.astateredwolves.com//ViewArticle.dbml?DB_OEM_ID=7200&ATCLID=211769467 | Article may or may not reflect the views of KLEK 102.5 FM or The Voice of Arkansas Minority Advocacy Council