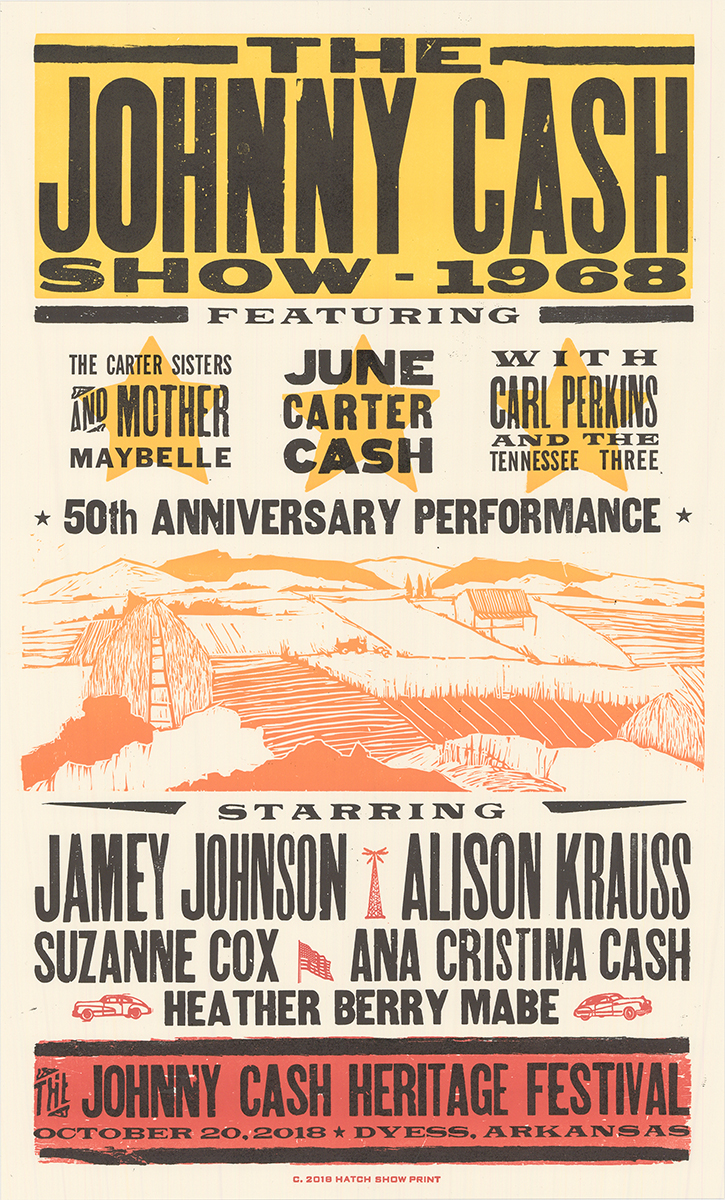 JONESBORO – When the lineup featuring Jamey Johnson and Alison Krauss was announced in July for the 2018 Johnny Cash Heritage Festival, John Carter Cash, Grammy-winning son of Johnny and June Carter Cash, promised that this year’s festival would be like none other.

“There will be some momentous musical surprises, and I believe history will be made once again in the fertile beautiful land of Northeast Arkansas,” said Cash at the time.

Thursday, he delivered on that promise when it was announced that the Oct. 20 concert in the field adjacent to the Johnny Cash Boyhood Home in Dyess would be a “50th Anniversary Performance,” paying tribute to The Johnny Cash Show tours that began in 1968 and led the following year to a television show that brought Cash into millions of households.

This “new” tour date will bring back songs that were Cash staples 50 years ago.

John Carter Cash will serve as the emcee for the show.

“Now, 50 years past, I have gone over set lists and song choices of the shows from (those) performances,” said Cash. “Working with award-winning artists Alison Krauss and Jamey Johnson, we have crafted a show from these sequenced performances. Jamey will sing my father’s songs, and Alison will musically represent my mother, June Carter Cash. Each person on the shows from 1968 will be represented on stage, including the Tennessee Three, Carl Perkins, Mother Maybelle Carter and the Carter Sisters. Now, the music of Johnny Cash will return to Arkansas, to the roots of Dad’s very creative soul, to his home place, in Dyess.

“This is an unprecedented opportunity for any lover of great music to first experience a unique creation, performed by leading artists in a way that has never been done before.”

Rehearsals are currently underway for the show, and although a final set list has not been established, it is expected to incorporate only songs that were performed during The Johnny Cash Show tour in 1968, including Folsom Prison Blues, Dark as a Dungeon, Ring of Fire, Jackson, Wildwood Flower, Peace in the Valley, I Still Miss Someone, Daddy Sang Bass, Get Rhythm, and I Walk the Line.

“We are extremely grateful to John Carter Cash for putting this experience together,” said Dr. Ruth Hawkins, director of the Arkansas State University Heritage Sites, of which the Johnny Cash Boyhood Home is a part.  “A tremendous amount of work will go into the production, and this concept for the concert will be something that fans will be able to look back on and say, ‘I was there when it happened.’”

The Johnny Cash Heritage Festival Oct. 20 concert will take place in the field adjacent to the Johnny Cash Boyhood Home, which was added to the National Register of Historic Places May 4.  Other events will be held in the Dyess Colony Circle, Oct. 18-19.

The festival now extends beyond the music of the world-renowned artists on the main stage, to local musicians on smaller stages in the Colony Circle, as well as educational presentations, film screenings, exhibits and local crafts. The academic theme for the festival is “The Ties That Bind.”

Tickets for the field concert are on sale at the Arkansas State University Box Office, First National Bank Arena (lower red entrance), 217 Olympic Drive. To purchase online, visit the festival website, JohnnyCashHeritageFestival.com, and click on “Buy Tickets,” or contact the box office at (870) 972-2781 or (800) 745-3000. With the exception of the field concert, all other festival events are free.

Original article source: http://www.astate.edu/news/field-performances-at-heritage-festival-to-re-create-the-johnny-cash-show | Article may or may not reflect the views of KLEK 102.5 FM or The Voice of Arkansas Minority Advocacy Council 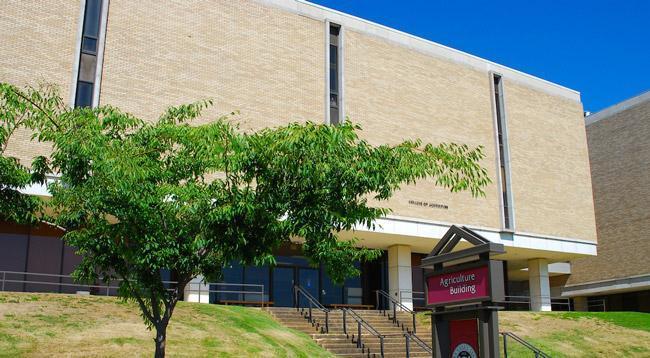