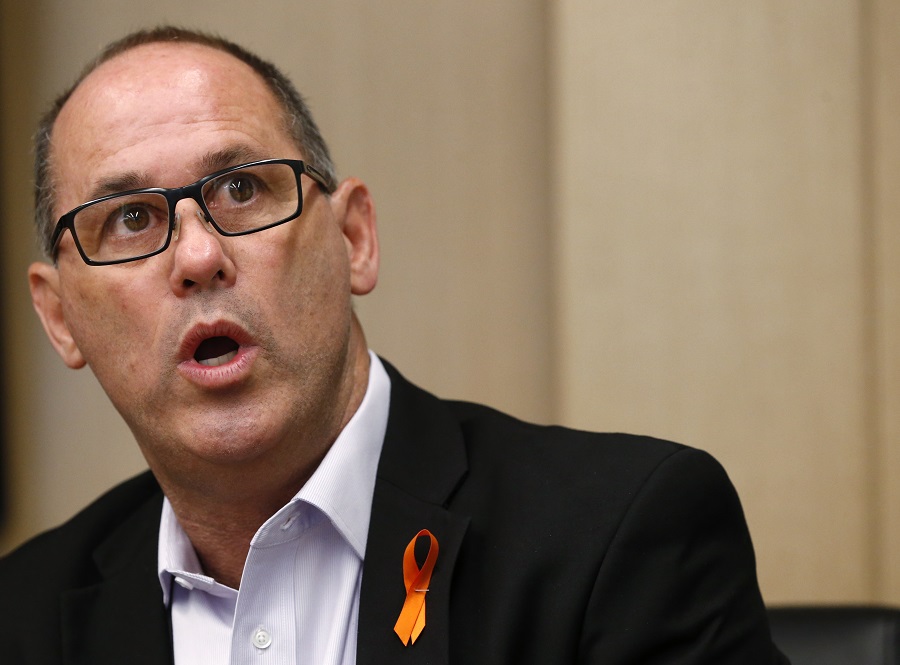 Fred Guttenberg, who’s daughter Jaime was killed in the Parkland, Florida, school shootings, speaks during a news conference, Thursday, May 24, 2018, in Miami. Guttenberg and the family of Alex Schachter, another student killed at Parkland, are suing American Outdoor Brands and the store Tactical Supply, claiming they are complicit in the use of an AR-15 style rifle to kill 14 students and three staff members at Marjory Stoneman Douglas High School on Feb. 14. The lawsuit also calls into question a 2001 Florida law that prohibits state and local governments from suing gun manufacturers if their products are used in unlawful ways. The law doesn’t mention lawsuits by victims or their families. (AP Photo/Wilfredo Lee)

April talks to Fred Guttenberg about getting out to vote and the midterms.  Fred is the father of Jaime Guttenberg  who was killed on February 14, 2018 in the Stoneman Douglas High School shooting.

Original article source: http://aurn.com/father-parkland-victim/ | Article may or may not reflect the views of KLEK 102.5 FM or The Voice of Arkansas Minority Advocacy Council