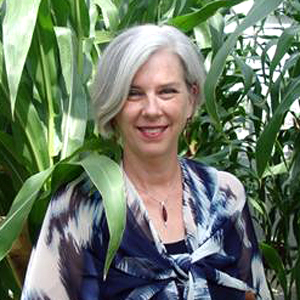 JONESBORO – Dr. Elizabeth Hood, Samuel S. Lipscomb Professor in Agriculture at Arkansas State University, has been named a Fellow of the American Association for the Advancement of Science (AAAS). Her peers in AAAS made the selection.

Hood will be recognized in February at the AAAS Fellows Forum during the AAAS annual meeting in Washington, D.C.

AAAS is presenting the honor to 416 members this year because of their scientifically or socially distinguished efforts to advance science or its applications.

“I am very honored to be chosen by my colleagues to receive the Fellow award from the American Association for the Advancement of Science,” Hood said.  “This is an important organization that has broad influence in all scientific disciplines in the United States and worldwide.  I am very pleased to join the ranks of these distinguished scientists.”

Hood was elected as an AAAS Fellow because of her outstanding contributions to the field of plant biotechnology and molecular biology.  A faculty member at A-State since 2004, Hood earned her doctoral degree at Washington University in St. Louis.

This year’s AAAS Fellows were announced on the organization’s website, www.aaas.org.  Hood is recognized in the section on agriculture, food and renewable resources.

The tradition of AAAS Fellows began in 1874.  Fellows must have been continuous members of AAAS for four years by the end of the calendar year in which they are elected. AAAS Fellow’s lifetime honor comes with an expectation that recipients maintain the highest standards of professional ethics and scientific integrity.

Each steering group reviews the nominations of individuals within its respective section and a final list is forwarded to the AAAS Council, which votes on the aggregate list.

The Council is the policymaking body of the association, chaired by the AAAS president, and consists of the members of the board of directors, the retiring section chairs, delegates from each electorate and each regional division, and two delegates from the National Association of Academies of Science.

Original article source: http://www.astate.edu/news/elizabeth-hood-selected-as-fellow-by-science-association | Article may or may not reflect the views of KLEK 102.5 FM or The Voice of Arkansas Minority Advocacy Council