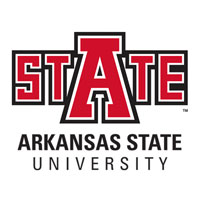 JONESBORO – Arkansas State University’s effort to expand and enhance medical care throughout Arkansas and the Delta reaches a historic milestone Thursday as its partner, New York Institute of Technology College of Osteopathic Medicine, holds a virtual commencement ceremony at 2 p.m. for its inaugural class of medical school graduates.

In 2013, A-State announced its plans to conduct a feasibility study for the opening of an osteopathic medical school in Jonesboro. NYITCOM in Old Westbury, N.Y., was selected as a partner school for the effort and approved by the ASU System Board of Trustees in February 2014. NYIT received approval from the AOA Commission on Osteopathic College Accreditation in December 2015 to open an additional accredited site in Jonesboro, and the state’s first osteopathic medical school – and only the second medical school – opened for classes with 120 students in August 2016.

Nationally renowned medical education leader Dr. Barbara Ross-Lee, who was serving as vice president for health sciences and medical affairs of NYITCOM and previously was the nation’s first African-American woman to serve as a medical school dean, was the driving force for the project. She ultimately served as the first dean at the Jonesboro site, while Dr. Shane Speights was a key member of the organizational team in Jonesboro and serves as dean of the school today. Ross-Lee described the development as “a new model of medical education for Arkansas.”

“Our partnership with NYIT has been remarkable and transformative, and it’s almost surreal that we have reached this milestone event,” said Dr. Charles L. Welch, president of the ASU System. “The vision and determination of Barbara Ross-Lee led an incredible team that brought the medical school to fruition, and we couldn’t be happier to see the work of Shane and NYIT both with the students and with all the clinical partnerships developed throughout the region. We are also forever grateful to the leadership of Jonesboro’s medical centers for their extraordinary efforts to make this happen.

“We had many naysayers who said another medical school wasn’t needed or wouldn’t work or couldn’t secure clinical rotations and residencies,” Welch said. “NYITCOM at Arkansas State had an amazing 95 percent match rate for residencies in March with 72 percent in primary care and 47 percent within the Delta. Hundreds of qualified applicants seek to attend the school, and dozens of new residencies have been developed throughout Arkansas and the region as a result of this partnership. These were all goals we had in the beginning of the process, and NYITCOM has met every expectation.”

As part of the partnership, A-State and NYITCOM worked together to renovate the historic, 86,000-square foot Wilson Hall in the heart of campus as the high-tech site for NYITCOM at Arkansas State. The $12.6 million project contributed to an economic impact of $88 million on Jonesboro and Northeast Arkansas, according to the feasibility study conducted by Tripp Umbach. The medical school brought 480 students and 78 faculty and staff members to Jonesboro. A-State has generated $5.2 million in new revenue from the medical school partnership and expects another $10 million over the next decade.

“The impact of NYITCOM on Jonesboro and A-State has been extraordinary,” said Dr. Kelly Damphousse, chancellor of A-State. “Our partnership with NYIT aligned perfectly with our educational mission and existing academic programs in science and medical professions while giving the Jonesboro economy a substantial influx of jobs and nearly 600 residents. I’m particularly pleased with the number of A-State graduates who have been able to stay on campus for their medical school studies.”

NYITCOM faculty are conducting research at the Arkansas Biosciences Institute on the A-State campus, and the school is collaborating with the A-State College of Nursing and Health Professions and other programs on campus.

“We’ve reached this milestone because of the tremendous work of so many individuals and organizations, and I can’t begin to express my gratitude for all of those involved who have contributed to our success,” Speights said. “We set out to impact health care and health education in this state in a way that would have a generational affect, and as we celebrate our first commencement, I’m just so thankful to our partners, to our faculty, to our staff, and to this remarkable group of students who have made it all possible.”

The NYITCOM virtual ceremony may be seen live on Facebook on the NYIT College of Osteopathic Medicine at Arkansas State page, www.facebook.com/NYITCOMAR, as well as the colleges website, https://www.nyit.edu/arkansas/virtual_commencement.

The virtual commencement will include remarks from Dr. Hank Foley, president of New York Institute of Technology; Dr. Jerry Balentine, vice president of medical affairs and global health at NYIT; Dr. Barbara Ross-Lee, founding dean of NYITCOM at Arkansas State; Arkansas Governor Asa Hutchinson; and Dr. Shane Speights, who has served as dean of NYITCOM at Arkansas State since January 2017.

Original article source: http://www.astate.edu/news/efforts-to-enhance-health-care-access-reach-milestone-with-nyit-medical-school-s-first-graduates | Article may or may not reflect the views of KLEK 102.5 FM or The Voice of Arkansas Minority Advocacy Council