EDITORIAL: A Letter to Friends Who Really Want to End Racism
0 Comments

Yesterday I posted a letter to friends on my personal Facebook page to help process my thoughts and feelings on what happened in Central Park with birder Christian Cooper and Amy Cooper and what happened to George Floyd at the hands of Minneapolis police, as well as other recent events. Some have encouraged me to make the letter public, as it might help others. Since that is the primary mission of Good Black News, here it is:

First off, this is going to be a long one, so if you are inclined to read my more serious posts, circle back when you have a good 5-to-7 minutes. Secondly, thank you to everyone who took a moment to read, respond and/or comment on my post yesterday about the woman in Central Park who called the police to falsely report that an African American man was threatening her life. I appreciate the solidarity, the rage, the links, the legal statutes, the sharing of up-to-date information on the incident – all of it!

But I did not have it in me to reply or respond yesterday because following that post, I saw the Minnesota footage. I saw what could have happened to Christian Cooper actually happen to George Floyd. That took me places. If Central Park woman was my trigger, George Floyd was the bullet. I literally had to lie down.

Many of you know I have a site called Good Black News where for the last 10 years, I have been posting positive stories about Black people or about those who are doing positive things for Black people. If you don’t already know the reasons why I do it, I believe you can infer.

Part of my process in finding those positive stories is reading through A LOT of stories that are not. I usually bear this well for a few reasons: 1)I believe witnessing injustices, other human beings’ pain, struggles and conflicts and reading different perspectives on them is a helpful step to healing for everyone even when you don’t know yet what the step after that is 2)I’ve observed over time that within a few days or weeks, stories can swing from negative to positive, giving real-time affirmation to MLK’s “the arc of the moral universe bends towards justice” quote 3) it’s worth the psychic toll it can take because knowledge is power and finding the good stuff is worth it.

But then there are days like yesterday, like after Ferguson, Trayvon Martin, the Charleston church massacre, Charlottesville… where I have to lie down. I no longer have it in me to find the way forward, to come up with suggestions, to look for the light.

I tried – I pulled out a pen and paper and tried to find clearer words to express what I was trying to say with the Central Park post re: advocating for policy/law change to help defang one specific part of systemic racism – the ability to lie to the police, attempt to use them as personal assassins and get away with it – but what I ended up writing down instead was a list of stories I’ve read recently that had been getting to me but I had not consciously acknowledged their deleterious affect:

Breonna Taylor and her boyfriend

Disproportionate numbers of Black and Brown people dying from COVID-19

After all that came out of me, I gave up trying to write out what I still couldn’t find words for. So I got up, focused on the home evening routine, and thought maybe after a good night’s sleep I might feel recharged or at least a little bit clearer and able to process it all.

I woke up in the dark with Amy Cooper on my mind. There was something about that particular incident that contained some crucial connective tissue to all of the above that I still couldn’t find the words to express. Overtly, I knew it was about entitlement and feeling no compunction about weaponizing racist infrastructures, but there was something unnamed going on I needed to pinpoint, which was about more than one individual acting badly and, in my opinion, violently.

I couldn’t go back to sleep so I got out of bed before 5am to take the dog for an early walk. Maybe that would clear my head. I put on my headphones so I could listen to the “Hit Parade” episode on Lady Gaga as a welcome distraction (random pop culture aside: the “Hit Parade” podcast which my pal Teddy hipped me to is SO GOOD! Check it out if you love pop music history).

Twenty minutes later, my little Maltese Daisy had me all the way up the hill that ends at the beginning of the Mulholland trail. I am sweating and singularly transfixed by host Chris Molanphy’s analysis of all four “A Star Is Born” movies and what distinguishes Gaga’s turn at bat from Barbra’s, Judy’s and Janet’s.

Daisy and I normally don’t go on the trail because there are too many people up there with no masks in too narrow a space. But it was so early and there were no cars (indicating people already on the trail) and Daisy was curious, so we went up a small ways into it.

After a minute or two I decided to turn us around because the trail was getting narrow and some bikers or hikers could be coming down at any moment and I didn’t want to deal. As we were making our way out, I chose the fork to the right because it’s a little smoother grade and gives a better view of oncoming traffic.

But just as we head that way, a man with no mask and his unleashed 65-lb. dog come up towards us on that same fork. I react by immediately pulling Daisy towards the left and walking down the other way. This man’s unleashed dog keeps coming towards us. The man DOES NOTHING.

Daisy starts to get agitated and turns because the dog is coming at us. Daisy is 7 lbs. wet and leashed so I can control her, but her resistance and the rocks and the slope of the path make it more difficult to hustle away quickly and safely. The dog keeps coming, the man still does NOTHING, so I myself say “No!” to the dog. His dog ignores me, keeps coming.

Finally, the man calls the dog’s name. The dog turns its head for a moment but then still proceeds to come our way! I hustle as fast as I can down the other side of the fork and the dog finally trots back towards its master. The man says nothing and proceeds with his back turned from me as if this is all okay. I yell after him from a safe distance, “Your dog should be on a leash!” Because leash laws, which apply to this trail and all the streets surrounding it. He does not turn around. He ignores me and heads up the trail.

Well, that was it for Lady Gaga. I couldn’t concentrate on the podcast anymore so I turned it off and walked back down the hill with Daisy in silence. So much for forgetting about Amy Cooper. And that’s when it crystallized for me what the problem with that guy was and what the problem with Amy was.

They cared only about their freedom, their dog’s freedom and nothing about mine or Christian Cooper’s. And not (at first) in an aggressive or even a conscious way. It’s just something that neither this man nor Amy chose to factor into how they go into a public space.

They know the laws but want to ignore them when they think no one is around. And if someone else does show up – they are the ones who are annoyed! They don’t seem to have a conversation with themselves ahead of time or even in the moment that might go “Okay, I know I’m not following the rules/law, but if I do come across someone who is bothered or in any way put out by that, I’ll yield.”

And that was it. That is the most insidious, underlying aspect of entitlement – of supremacy – be it based on gender, creed, sexual preference, class or race – even when I’m wrong, even when I’m in a shared public space with rules and laws governing it for everyone’s protection, I DO NOT HAVE TO YIELD. Other people need to get out of my way. Cater to my choices. Even when I’m wrong, because the rules don’t apply to me. Or my dog. Only to others.

I was simultaneously angry and grateful in this moment. Angry because I had to yield and change my path to stay safe even though this guy was completely in the wrong. And I bet he’s not given one more thought to this morning’s moment, because unlike me, HE DOESN’T HAVE TO.

And yes, he was a White guy. (BTW, for what it’s worth, I do not think this was a racial incident in any conscious way because this guy did not know I would be there. But it IS racial because of his subconscious sense of entitlement that laws don’t apply to him when he doesn’t want them to, and there will be little to no consequence for him.) Grateful, because I think I finally found the words that are a good place to start for people who want to do the work to bring about equity, justice and safety for all:

Thank you for reading. I feel clearer now. Stronger. And ready to look for the light again.

Original article source: https://goodblacknews.org/2020/05/28/editorial-a-letter-to-friends-who-really-want-to-end-racism/ | Article may or may not reflect the views of KLEK 102.5 FM or The Voice of Arkansas Minority Advocacy Council

Netflix announced today it is shifting $100 million of its cash to financial institutions that serve the Black community to draw attention to the racial wealth gap in America. The streaming giant Read more

Earlier this week, and first reported by BuzzFeed, the company turned down a request from baristas and other employees who wanted to show their support for the BLM movement. In Read more 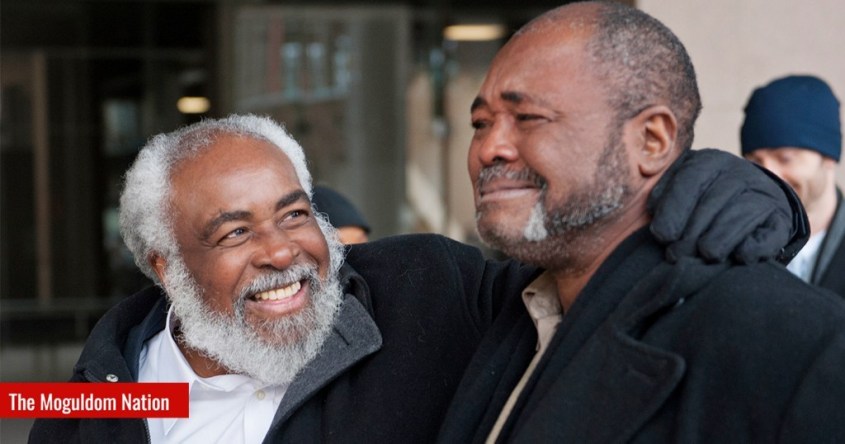 City of Cleveland to Pay $18 Million to Rickey Jackson, Wiley Bridgeman and Kwame Ajamu for Decades of Wrongful Imprisonment