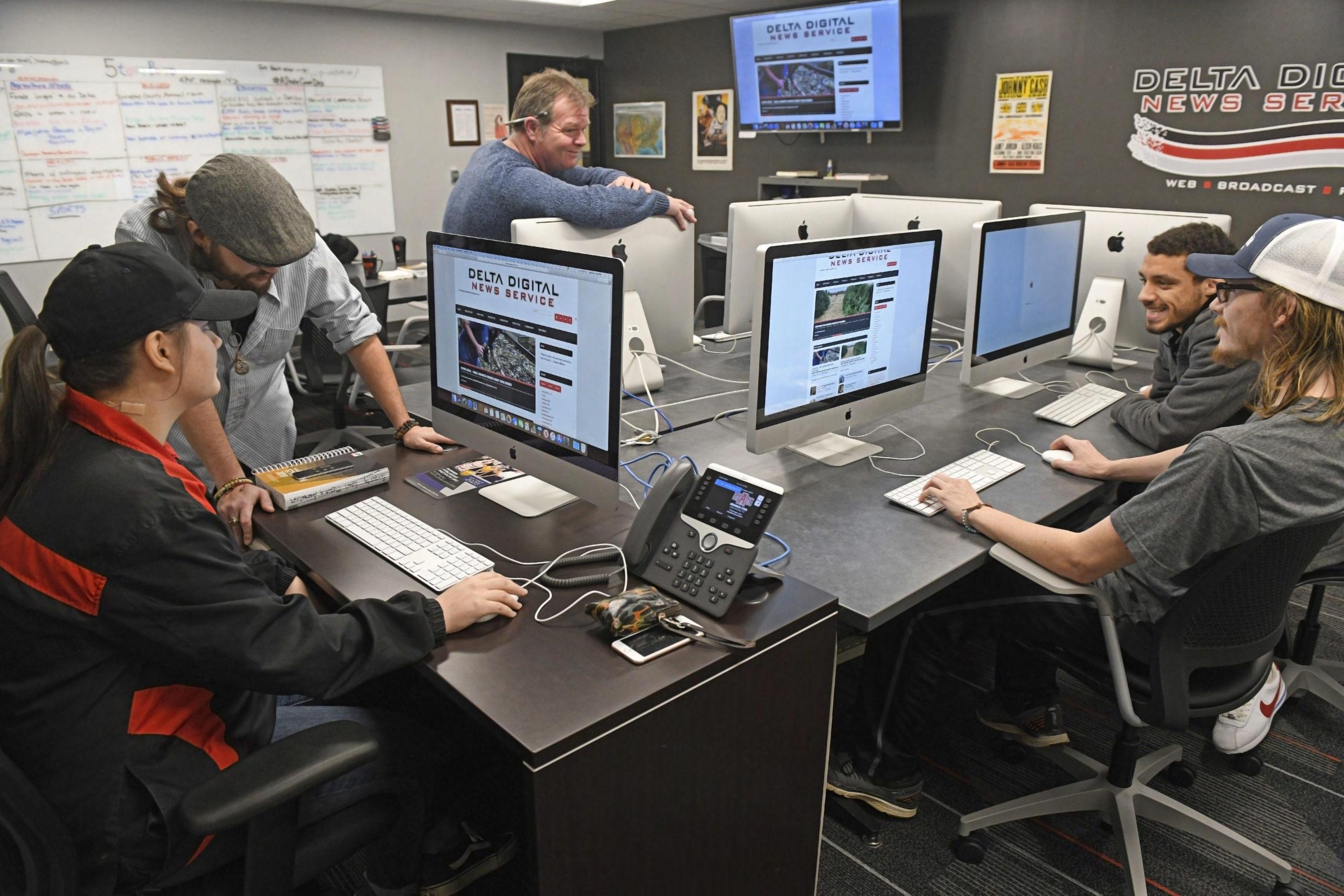 JONESBORO – The award-winning  Delta Digital News Service (DDNS) at Arkansas State University has received a $20,000 grant from the Fred Darragh Foundation to help expand the capacity of DDNS to better serve the news outlets in the Delta region, help recruit high school students to careers in journalism, and provide professional-level experience for A-State journalism students. “This is a great project that benefits communities, provides professional training for students, and provides quality stories for media outlets such as newspapers and radio and television stations,” Dr. Brad Rawlins, professor and director of the School of Media and Journalism said. “Without the support of the Darragh Foundation, I don’t think it would be possible.”

Delta Digital News Service was established in 2017 as a working lab for undergraduate students to feed content to news organizations of all sizes and types. The lab serves as an anchor project for Arkansas State University’s Media and Communication’s multimedia journalism program.

This is the second gift from the Darragh Foundation that provided a grant of $10,000 to help get the program underway. The flourishing program has won numerous awards, including the 2020 Diamond Journalism Awards in June, sponsored by the Arkansas Pro Chapter of the Society of Professional Journalists (SPJ).

“The gift of the Fred Darragh Foundation allows reporters at Delta Digital News Service to hone their journalistic skills as they report on the underserved communities of the Arkansas Delta Region,” said Terrance Armstard, multimedia journalism instructor and DDNS adviser. “It’s really fantastic to see students bridging the gap between the university, area high school students and the communities in which they live.” ​

The college editors of DDNS are reaching out to area high schools to recruit students to write about their communities and motivate young journalists to learn professional practices. The high school journalists can be paid for their stories if they are published. All stories are available to media outlets in the state at no cost.

The Darragh Foundation was launched by Little Rock businessman and philanthropist Fred K. Darragh, a World War II pilot. Following the war, he returned to Arkansas but maintained his love of flying and traveling around the world to educate himself about other cultures. He used his money to aid political causes and work for education, peaceful relations around the world and social justice. He concentrated on three areas for improvement — public libraries in Arkansas, providing equal opportunities for minorities and defense and support for intellectual freedom and civil liberties.

Original article source: http://www.astate.edu/news/delta-digital-news-service-receives-grant-from-darragh-foundation | Article may or may not reflect the views of KLEK 102.5 FM or The Voice of Arkansas Minority Advocacy Council