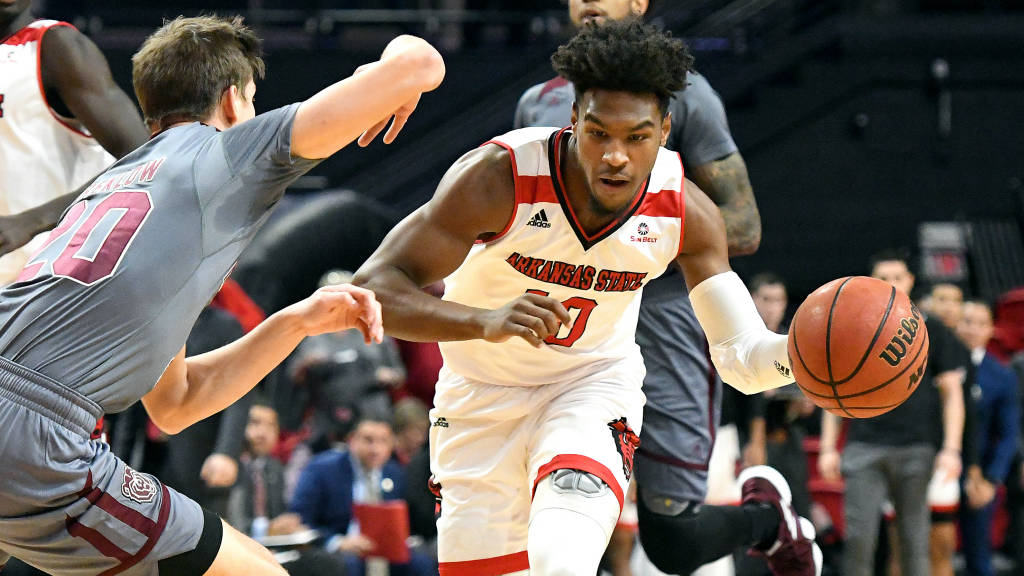 A-State (5-6), winners of three of its last four outings, held Missouri State (4-7) to .396 (19-48) from the floor and just .200 (4-20) from 3-point range. Grantham Gillard led A-State with a 17 points and eight rebounds while Christian Willis added a career high 13 points. Marquis Eaton added 13 points while Ty Cockfield had a game-high five assists. Keandre Cook had 18 points to lead Missouri State.

“First off, I want to say hats off to Missouri State,” said A-State head coach Mike Balado. “Coach Dana Ford has some really good players and watching film this week I knew it was going to be a tough game. They are going to be a tough opponent in their conference, but I was very proud of our effort and our defensive work. Our offensive numbers weren’t great and we’re trying to figure that out, but we’re taking good shots. I’m most proud of the way we’ve guarded these last two games. We’ve taken ownership on the defensive end, as a team not individually, as we go into late December.”

A-State raced to an 8-0 lead hitting 3-of-5 from the field, but the Red Wolves missed their next 13 attempts from the floor. Willis drove to basket and laid it in to end a 10-plus minute drought without a field goal for the Red Wolves, tying the score at 16-16 with 7:14 to play in the half.  A-State closed the half on a 13-1 and led 35-24 at the break, hitting 4-of-6 from the field over the last three minutes of the period.

Gillard drained one of his four 3-pointers to open the scoring in the second half and the Red Wolves eventually built a 16-point advantage, 46-30, with 12:40 to play. Missouri State out-scored A-State 14-6 over the next four minutes, but A-State withstood the Bears run and didn’t allow the margin to get closer than seven points. The Red Wolves knocked down 18-of-22 (82 percent) at the charity stripe in the second half.

A-State travels to face Syracuse on Saturday at 1:00 p.m. (CT) on the ACC Network and Watch ESPN. Fox Sports Southwest in Jonesboro is scheduled to carry the game live, but fans should check their local listings to see if the game is available through their cable or satellite provider. For the latest on A-State men’s basketball, follow the Red Wolves on Twitter @AStateMB, at Facebook.com/AStateMB and on Instagram at ‘AStateMB’.

Original article source: http://www.astateredwolves.com//ViewArticle.dbml?DB_OEM_ID=7200&ATCLID=211784205 | Article may or may not reflect the views of KLEK 102.5 FM or The Voice of Arkansas Minority Advocacy Council